Gadgets > Internet > Four Steps for Facebook to Change the Internet 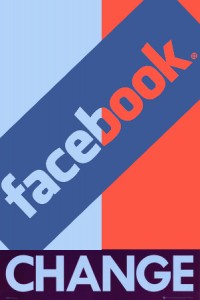 Finally something we can believe in.

Like everyone else with access to an internet connection and a keyboard, we here at Gunaxin are self-proclaimed experts on anything and everything, especially whatever the topic is at hand.  And the current hot topic, according to Google trends, is Facebook, more specifically the spider-web of change that Facebook is slowly spreading through the internet.

We know what you’re all saying right now: “But how? How can my most favorite site change anything?” Don’t worry kids, this is not an episode of Lost, we will provide all the answers right here (although a DVD version of this article will contain twice as many dick jokes for only $9.99).

This might seem like a harsh comparison, after all a good batch of crack will get you going, giving you the motivation to finally rob some old ladies or whatever you had on your to-do list. On the other hand, a good dose of Facebook will only assure that you’ll miss every deadline you had this week. But anyway, the point is that once you start virtually stalking your high school friends, there is no escaping the world of dramatic wall posts and lame status updates. 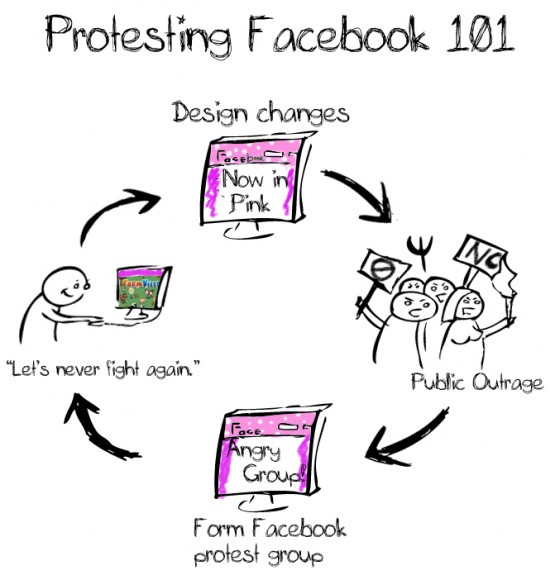 Facebook tried to get rid of its users time and time again, but we always come back.

Facebook is addictive, it says so all over the internet (including about 3 inches above this statement) but quizzes, FarmVille and “whatever-WAR” are about as addictive as crack cocaine on speed.

Let’s be honest, no one really cares “How Long Could YOU Survive in a Room With a Rabid Baboon?” Yet, we all complete those surveys as if Facebook could really tell you a deep insightful truth about your unique personality. 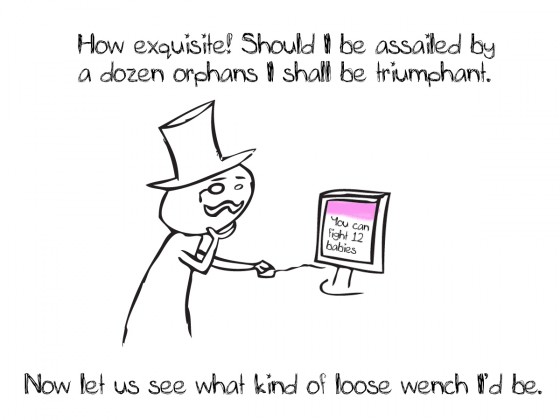 As for the thousands of mini games that turned Facebook in the biggest gamming platform ever? God, if we get one more wall update telling us “so-and-so is inseminating their cow. Click here to help them” we swear we will do something drastic, like maybe update our status to a thinly veiled insult about FarmVille.  That’ll show them!

3. Okay, so Facebook is addictive, how’s that going to change the world? 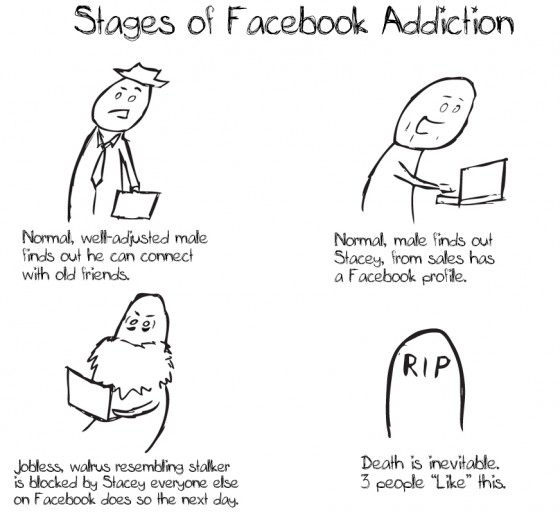 And here we get at the heart of the problem,  at the very core of why Facebook is a world altering force.  Every other social network before it was more or less addictive. After all the potential of seeing photos of hot amateur girls makes anything addictive.

However, every other social site fell into the lure of quick cash from ads, until it became so cluttered with spam and pop-ups for penis pumps that people moved on.  Relying heavily on ad revenue is a siren song spelling the death of any social site; before you know it there are no people on your site, only bots, trying to sell stuff to other bots and to the occasional pedophile hunting for stupid teens.

Facebook has yet to fall in that trap. Despite all the ads and all the mini-games Facebook is still cool and it attracts millions of new users every week.  To go back to the first point made in this article, image Facebook is like crack cocaine, but with an awesome PR firm and photos of barely legal amateur girls.

When you have an addictive product that everyone finds cool you can pretty much do whatever the hell you want to. Sure some people will complain, but Facebook is so cool that few users actually leave it forever, and if someone argues against it hundreds of bloggers will jump to protect their favorite web giant.

A web giant that is currently working on a way to become a one log-in platform for the whole internet, or however much of the web it can partner itself with.  Already you can log into Digg and a handful of other websites using your Facebook account. This trend will grow, creating closed environments where Facebook will link to some game review site, which will in turn link to Amazon, which will link back to Facebook so you can let your friends know what you just bought. And it will all be cool and awesome, because everyone is doing it.

Ladies and gentlemen, Facebook, doesn’t have to display penis pump ads because it found a new revenue model, a model that allows it to become a virtual strip-mall filled with extremely personalized advertising recommendations, based on you browsing behavior and your on-line profile; a strip mall where the doors will close once you enter and never let you out.

Someone was bound to do it. It's just that we expected Google to be first.

What we’re talking about here is a future where there will be two or three different “internet malls” filled with all the sites you could ever need from entertainment to chatting and video.  “Internet malls” that will sell you highly personalized products which you will probably instantly desire as they are created specifically for the target market of you.  We won’t even imagine the changes this new internet will make to our economy, politics or culture, but rest assured that things will change. And years from now when we will look back unto these early days of on-line pioneering we’ll remember that Facebook was the first stepping stone into this strange new internet.