Facebook has hundreds of millions of users, and it’s put everyone from basement dwelling mouth breathers all the way to the coolest people you know on equal ground. It’s become a social phenomenon, and it doesn’t appear to be stopping anytime soon. But there could be a downside to it as well. Sure, Facebook is great for looking at candid photos of the hot girls you knew in high school, but some people are starting to suggest that it could cause problems for users regardless of how perverted they are.

In the dark ages before Facebook and cell phones our noble ancestors had to rely on the primitive technologies of ICQ and phones with cords on them to communicate. Such methods were often so inconvenient that our forefathers would simply say “screw it” and crawl out of their caves for a night of dinosaur hunting with their friends. Today though, those barriers have vanished and social networking sites have become immensely popular. The point of Facebook and other new forms of communication is to enhance our social lives by providing additional ways of keeping up with our friends. But what happens if this method becomes a replacement rather than a supplement? 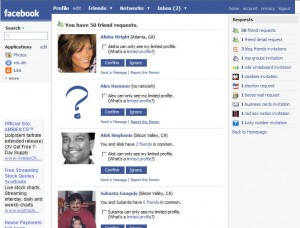 It’s believed that over the past two decades the amount of time people spend talking face to face has decreased rapidly as alternate ways to communicate became more prevalent. And that’s not without its consequences: Some scientists believe a lack of real conversation can stunt your ability to interpret body language and the meaning of other people’s words. Now, we know what you’re thinking. “Hey Gunaxin, I don’t need to read my friend’s body language, I’ll just talk to them online!”

It may be all well and good if you view your friends in real life and your friends online as the same entity, but the problem is that your body might not do the same. These same buzz kill scientists argue that your body requires human contact; real human contact, not the virtual kind. It’s a biological need: No matter how many Facebook friends you have you’re still going to feel depressed if you can’t meet them in real life. And since people are spending less time talking face to face then that just exacerbates the problem of social networking making you more isolated.

3
It’s Changing the Way you Think

So Facebook is making you feel lonely. That sucks. But hey, maybe there’s a way to fight it. Who cares if you’re alone, that hot girl next door likes your new profile picture! You feel better now, right?

People starting to identify more with their online persona is just one of a few theories on how Facebook is messing with your brain. Facebook gives you a constant venue to express your inane opinions, and you’ll usually get proof that what you think matters, even if it’s just someone giving you a virtual thumbs up. Over time, you may start to worry more about what people think of you than, well, what you yourself think.

Of course, that doesn’t mean you care about other people’s problems, just what they think of you. At least, that’s according to one theory: that Facebook is making you less sensitive. When you check Facebook’s news feed you absorb a lot of info in just a few seconds. Tina just changed her hairstyle, Steve thinks he failed that midterm, Jill’s dad just died and Alan really, really has to take a shit. 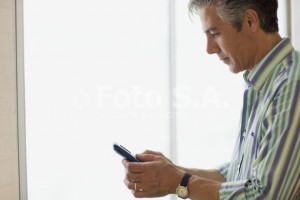 Now be honest: did that third one make you pause? Sure, it’s a hypothetical example so there wasn’t any reason for you to stop, but some suggest that all this information being given to you at such a rapid pace messes with how you react to it. When your friend tells you in person that their dad just died you naturally empathize. But when the news is scrolling by there’s no need to respond to it immediately, and before you have a chance to really think about it you’re more concerned over whether Alan managed to make it to the bathroom in time. That doesn’t mean you’ve become a heartless monster, but there’s the possibility that over the long run it could change how you process intimate news. Although to be fair, how many people really think it’s a good idea to announce that kind of stuff over Facebook?

2
It Can Cost you Your Job… Or Worse

Facebook may have turned your social life into a mess, but at least you’ve still got that big interview coming up. Just be sure to clean out your profile page before it’s too late. More and more companies are beginning to check the Facebook pages of applicants, and the practice is starting to catch on for school applications as well. Plus, it’s not just photos of you getting drunk and throwing up on that cop that are getting you in trouble; it could be something as simple as a disparaging comment about your workplace or potential campus. So the next time Facebook gives you the option to navigate its labyrinthine privacy options maybe you should try to figure that shit out instead of getting bored and going to play Farmville. 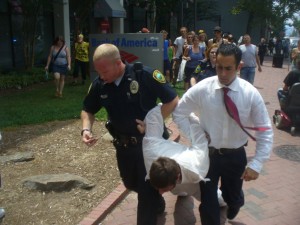 “This will make a great profile picture!”

To make matters worse, your Facebook account can land you in jail. Now, don’t  get us wrong, if someone is stupid enough to post pictures of themselves committing crimes on Facebook or something idiotic like that then they deserve what they get. But what if it’s a victimless (and more importantly, a sexy) crime? Like, say, sending revealing pictures to your significant other?

Well, Facebook has ruined your social skills, messed up your mind and cost you your job. But hey, at least you still have your physical health, right? Well, you will until Facebook forces you to accept its tumour request.

OK, so we admit that this entry’s title is an exaggeration. There are suggestions that the aforementioned social isolation could alter the way your hormones and other parts of your body work, enough to increase your risk of developing cancer, heart disease, dementia and other problems. However, it’s mostly just speculation at this point so please don’t panic, close your Facebook account and then throw your computer into a lake just to be safe. It will be a long time before anyone can say for sure, especially since there are claims that just about anything can cause health problems these days. Odds are it will turn out to be a silly idea. But it does give you something to think about the next time you find yourself up late at night, stressing out over whether the girl you met at the bar a few hours ago is going to accept your friend request.

And of course, there’s always the risk of Facebook addiction. It’s not a significant problem, especially for those of us who aren’t 14 year old girls, but under the right circumstances the idea isn’t entirely unfeasible. If people are dedicating far more time for Facebook than they are for the rest of their life there’s a good chance it’s because the rest of their life sucks, and Facebook is just one way to escape that fact. That’s better than escaping with drugs or alcohol, but there are still better ways to deal with the problem. Either work hard to improve your life, or at the very least switch over to a porn addiction instead. 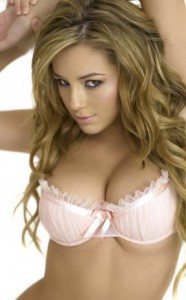 Face what? What book?