Four Ways to Use Your Vuvuzela until the Next World Cup 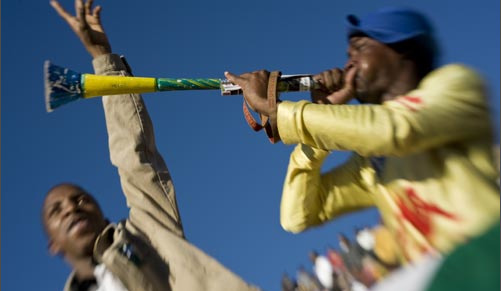 Now that the World Cup is over and the Spanish have conquistadored themselves to an international title for four years, it’s time for the 95% of American World Cup followers that don’t regularly watch soccer to throw out their vuvuzelas. If you’re unclear on what “vuvuzela” means, then you weren’t paying attention. It’s this thing:

For those that are musically inclined, this thing is tuned to a B flat. It’s that annoying noise you hear at soccer games, and, if you like, available on YouTube as well. Normally I would have no problem with disposing of un-American things in America. But if I don’t say something, Al Gore will be mad, so in lieu of contributing to the sea of landfills/parks (that’s right, they even recycle the landfill now) that are rapidly covering America, here’s four ways you can use that novelty horn until the next World Cup.

Use it as a Weapon

Americans love hitting stuff. It’s just a way of life. If you’re an American, and you don’t love hitting stuff, well, then you can just get the hell out of my country. In fact, I’ll be right back, I’m gonna go hit my cat with my oversized novelty horn. If you so desire, you could even play golf with Danny Bonaduce’s face. It’s a free country. 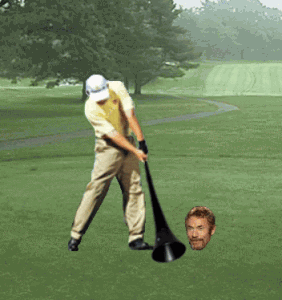 Everyone is getting in on the fun. Even everyone’s favorite Sith Lord: Darth Maul! 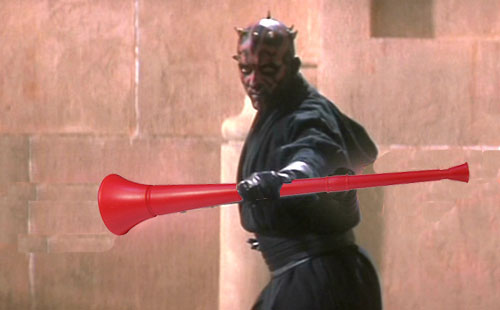 Darth Maul is angered by this year’s officiating.

Whether you’re breaking down a box or assaulting the neighborhood hobo, a red plastic tube is the way to go.

In the late 1500s, Dutch military scientists began experimenting with curved lenses. Once Galileo Galilei (pretty sweet name right?) got his hands on the idea in the beginning of the 1600s, telescopes were born and used to explore the distant stars/skies/galaxies/nebulae. 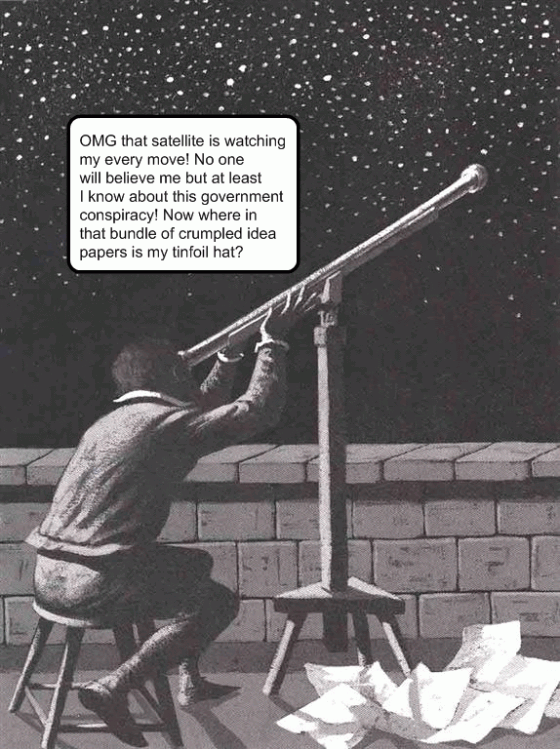 Galileo was a crackpot.

Assuming you have a concave lens lying around, why not slap it on that horn of yours to make a telescope? It’s a quick and simple way to be able to spy on your neighbors without having to ever leave your house!

“Big win” in this case translates to a picture of a vuvezelascope, which I did not feel like photoshopping. But don’t worry, it’s a lot more fun than it seems.

Walk with a cane.

Want to be classy, and still show support for your sport, however unimportant its major league is in America? Well then why not channel Mr. Peanut and convert that audacious noise maker into a cane! 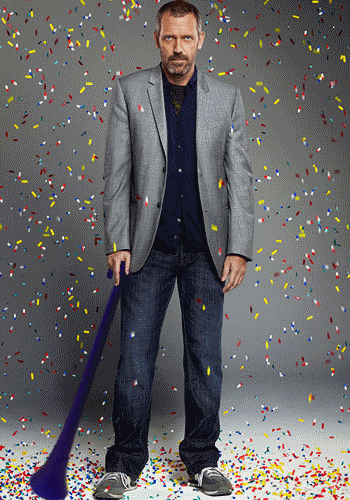 I can’t tell if the confetti is for Spain winning or because his patient doesn’t have lupus.

You might have to do some melting and shaping of the plastic to get the handle that way though.

Use it for Drinkin’.

Fact: Drinking is the number one sport in America.

Question: What if the way you cheered for a sport and the way you played that sport used the same equipment?

Well, now that question has been answered – just look at Bart Simpson 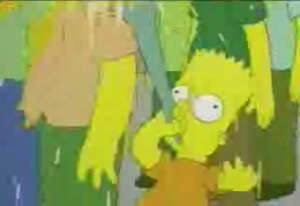 To borrow a phrase, “Aycarumba!”

The vuvuzela provides so many opportunities to enhance your drinking, it’s a wonder people don’t do it already. Unless they do, in which case I guess I’m late to the idea party.

For example, you could mix yourself up the world’s largest Long Island iced tea:

Or you could take the vuvuzelascope to bars and look down the beer girl’s shirt. 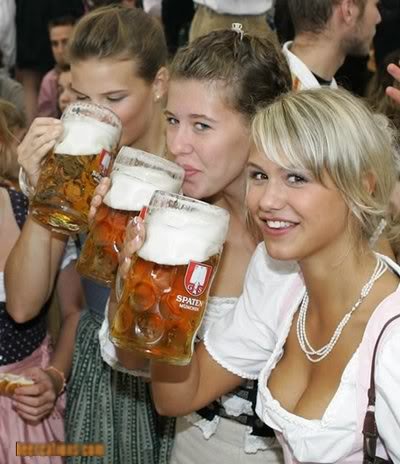 Avast! The only hot German woman!

There’s no shortage of things to do with your horn now that the international alcohol-fueled cheering festival is over. Whatever you do, just don’t use it as a horn. We’ve had enough of that.