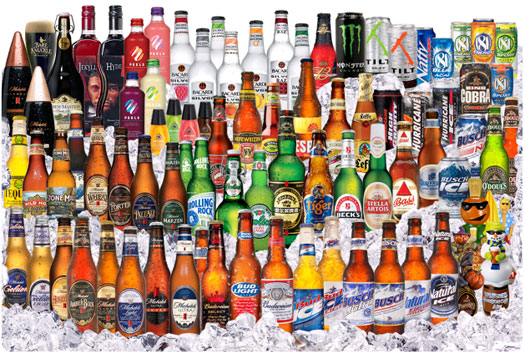 For National Beer Day this year, we wanted to take a look at historical beers that have died sad, horrible deaths shuffling this mortal coil only to live on in our fondest -or harshest- memories. Some of these brews have left lasting impressions on our lives ranging anywhere from awesome parties we vaguely recall to evenings with partners we thankfully only hazily think about. Do you remember any of of these ‘historical’ oat sodas? Enjoy their eulogies. 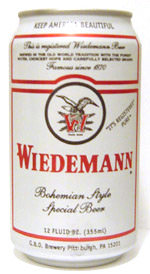 As it goes with many classic brews, the original incarnation of this classic lasted from 1870 to 1983 only to get snatched up and revamped to eventually get ‘re-brewed’ by the Pittsburgh Brewing Company where it resides today. Though it is similar, the beer is not precisely the same as the original recipe may have been lost to history. Schlitz had the same issue until early last year the formula was discovered as was a brewer who knew the ropes. 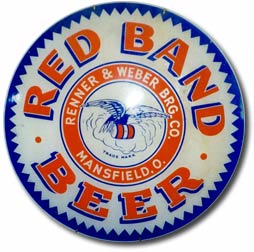 Henry Weber was born in Schillingstadt, Baden, Germany, to a family of brewers. The Weber family brewery was fairly small, producing only ten barrels of beer per day, but its image would eventually grace the label of the American company’s “Grossvater” Lager Beer label. In 1895, a large four-story brewhouse was built with a large building behind that housed the cellars. The company was incorporated on July 1, 1902 as the Renner & Weber Brewing Company. 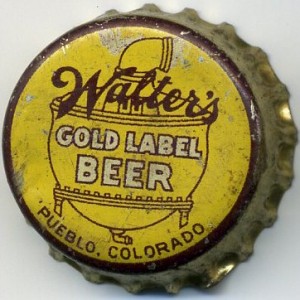 Walters was distributed by the Falstaff family of brewers. Based in Eau Claire, WI the Walter Brewing Company was started by Johannes (John) Walter in Spencer, WI in 1874. Unfortunately (though not so much for the Walters Company) the onset and subsequent repeal of Prohibition set to ruin nearly all of the old brewers who didn’t change wit the times. Walters not only survived, but flourished even through many different attempt at buyouts until the late nineties. 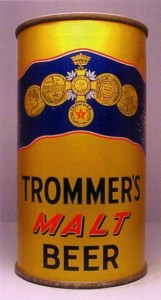 In 1897, John F. Trommer expressed an immediate interest in, and subsequently bought a new company called Stehlin & Breitkopf, soon changing the name to J.F. Trommer’s Evergreen Brewery. At first, many brewers made only lager beers, Trommer’s beer, stepping out on a limb, was eventually an all-malt beer marking its niche. Even now, the Seasonal All-Malts owe much to Trommers. 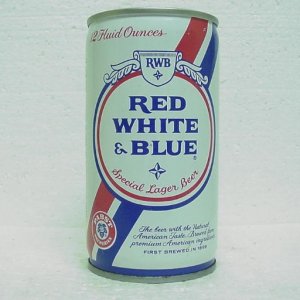 The Pabst Brewing company was the original marketer of Red, White and Blue Beer and did a respectable job shilling it country wide. Unfortunately, through the tough 70’s and early 80’s, sales slipped and the beer became more of a joke and a cheap college beer comparable to Schaefers and Hamm’s. Though it fell out of production at the boon of the micro-brew craze and Pabst themselves (mostly owned by Miller now) have not expressed desire to give it a relaunch. But we can all hope. 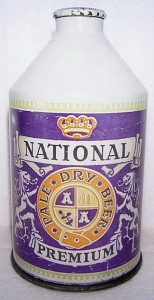 Brewed by the same Baltimore, Maryland company who currently brings the land such favorites as Natty Boh (National Bohemian) and Colt 45, National Premium was first brewed in 1885. But, as so often happens with certain well-liked products over the years, other, more desired versions of the same thing take over. National Premium saw its last beer exit the brewers in 1973. 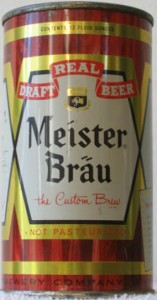 This one is special because it’s technically a ‘zombie’ beer more than it is totally deceased. Back in the late sixties, the new plan was to produce a beer that was less heavy than normal, thus catering to the new, hipper youth who didn’t want to get bogged down while they sloshed back a few. Miller Brewing tried to start the craze competing right away with the Meister Brau ‘lite’ from Chicago. Well, that didn’t last long as soon, in the early seventies, Miller bought the rights and the recipe to Meister Brau turning it into ‘Lite Beer from Miller’ and finally Miller Lite as we see it today. 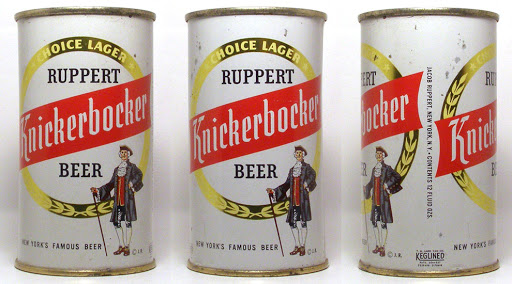 Knickerbocker beer, a product of Rupperts Brewery has been gone since the mid 1970’s. The brewery located at 92nd street and 2nd avenue in manhattan closed its doors in the late 1960’s. The product line and brand name was purchased by another brewery but discontinued in the 70’s. 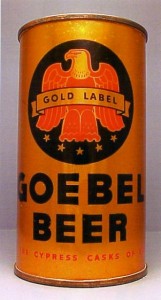 Goebel Brewing Company survived in Detroit, Michigan from 1873 to 1964, eventually getting acquired late in its existence by Stroh Brewery Company. In the mid 1960s, Goebel began advertising that their special beer was “real” (as in unpasteurized) draught beer. Typically, bottled and canned beer had to be pasteurized to kill the active yeast left in the beer after brewing was completed, otherwise the buildup of gasses in the bottle would blow it up. After Pabst acquired Stroh’s, Goebel was discontinued.

This particular brew, established in 1895, was eventually bought out (as it goes for so many of America’s favorites) by the Miller Brewing Company. It’s original moniker was Gettleman’s Milwaukee’s Best Beer, soon to be shortened to Milwaukee’s Best. So, in a way, you lovers of the coned-can favorite are still pounding it back when you hit the Beast. Feel better? 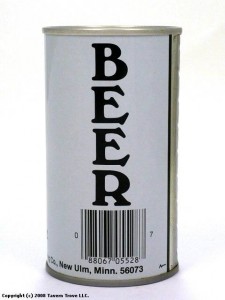 The famous beer in the stark white can with the bold, black ‘BEER’ emblazoned ever so lovingly on the front. Everyone -well, beer lovers any way- has seen this classic can at least once. Brewed and once distributed by the conglomerate Miller Brewing Company, General Generic Beer (it’s full name, by the way) was a cheap, some claim repugnant, Pilsner-style beer that reminded far too many of cat piss. Yummy. 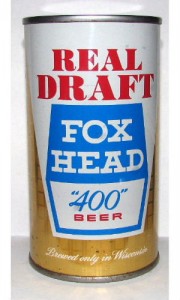 This seems to be the most info I can find, so here’s a direct line from Localism.com: “The Waukesha County real estate market has lots of history. On Maple avenue in the City of Waukesha sits the remnants of the Fox Head brewery, and people are pulling together to save the building. The City of Waukesha is famous for it’s water. The water was bottled by the Whiterock beverage company and the Whiterock beverage company was renowned for it.” Too bad the beer itself is extinct. 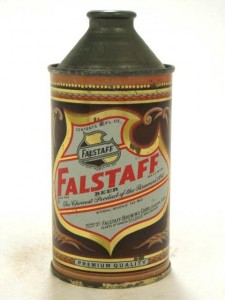 Begun by John Adam Lemp in 1838, the original ‘blue ribbon’ beer was eventually sold, amid years of tragic Lemp family history, to the Griesedieck Beverage Company in 1921. In 1936, the brewery became the first in the U.S. to produce beer in 2 different states when it acquired the Krug Brewery in Nebraska. By the sixties, the brewery became the largest beer producer in the U.S., though, once bought out by the Pabst Brewing Company, they took the blue ribbon and discontinued the brand. 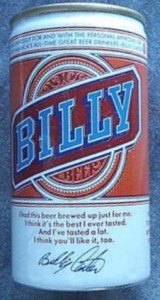 In 1977, Jimmy Carter was in sort-of control of the White House. To celebrate his brother’s so-called achievements, Jimmy’s brother Billy decided to promote a beer being made by the Fall’s City Brewing Company. According to Wikipedia: “The beer was also produced by Cold Spring Brewing, West End Brewing, and Pearl Brewing Company. The Beer Debuted in Louisville at Check’s Cafe, a Germantown Neighborhood bar. The bar is still there, but the beer is not. The beer saw dismal sales figures while in production, but millions of cans were produced.” Can’t imagine why, I’ve heard nothing but great things!