Travel > See > 4th of July Fireworks Around the USA

4th of July Fireworks Around the USA 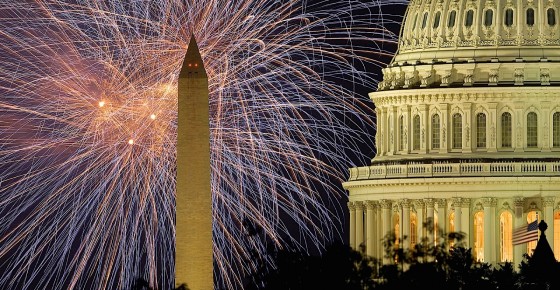 The Fourth of July is undoubtedly most famous for its extravagant Fireworks displays to celebrate our independence from the British. Fireworks are accompanied by music and nationally televised from Washington, D.C. and New York City, and those are definitely the most well-known celebrations. However Fireworks are set off locally in thousands of places all over the country, in nearly every city or county that you can think of. In some areas of the country, you can sit in one spot and witness fireworks going off from dozens of locations all around you.

The first week of July is typically one of the busiest American travel periods of the year, as many people utilize the holiday for extended vacation trips. Where will you witness the fireworks celebration this year? To celebrate Independence Day, we’ve gathered this gallery of some of the largest fireworks displays in the country, in the largest cities, and near some of our most important landmarks.