Friday the 13th: The Theatrical Trailers 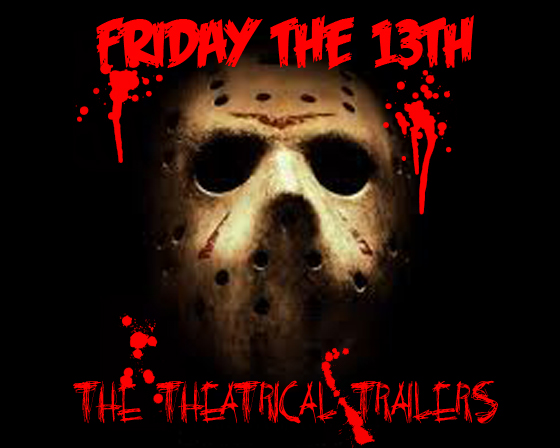 Perhaps I have an unnatural obsession with Friday the 13th. Perhaps I just have a bizarre fascination with horror flicks in general. Or, conversely, I’m secretly a practicing serial killer-in-training and I’m trying to work my way up to full-blown mask-wearing psychopath by learning all I can from the master himself. Well, it’s definitely one of those three things.

Anyway you slice it, the horror movie genre owes an awful lot to one Jason Voorhees and his many, many misdeeds. No, he wasn’t the first to do it and no, his penchant for repetitive and redundant slayings aren’t always the most original. But, what he lacks in style he more than makes up for in tenacity and all-around productivity. Jason’s kill count is over 150 in all eleven movies he’s reigned destruction in (remember, ya can’t count the original as it was his mommy) and, as of this writing, a sequel to 2009’s ‘2.5’ entry — not really a re-imagining, rather a modern installment into the timeline — is in the works. Jason is, if anything, prolific.

Anyway, all that aside for now, here are the twelve trailers from the theatrical flicks our masked hero has starred in. Okay, if you want to get technical, he doesn’t have a mask of any kind in the original and the hockey mask doesn’t make its first appearance till part three. But I think you know what I mean.

Hey! You can even play ‘6 Degrees of Kevin Bacon’ with this one!

Friday the 13th: The Final Chapter

For anyone who’s ever wanted to watch Crispin Glover get it, this one’s for you!

Yes. This is the ONLY real trailer this movie ever had.

I suppose at this point, the writers assumed that since nothing physical could stop Jason, why not telekinesis?!

Please don’t confuse this with The Muppets Take Manhattan at your 5-year-old’s birthday party sleepover.

“Guys! It’s okay! He just wanted his machete back!” Perhaps the single stupidest string of words ever uttered in a movie.

If you didn’t realize going into this neither of them was actually going to die at the end, you’re not a true horror fan.

And so it begins. Again. For the fifth time. Again.