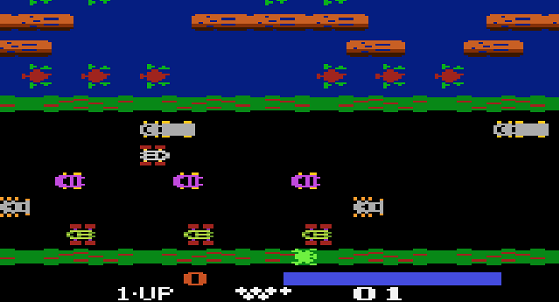 If you never played Frogger as a child, take a brief moment to console yourself on the fact your childhood could have been way better and the fact your parents probably hated you, like, a lot. If you did play the game, you’ll know it involves guiding a virtual frog across a busy freeway and  roaring river to get him to a sweet-ass lily pad. Because apparently, Frogger fears neither man, or nature if they’re standing between him and his lily pad and frog homies.

Have you ever wondered though, are animals really that stupid, also what would happen if you replaced the virtual frog with actual real duck and her babies!? If so, you’re mentally insane and also, totally in luck. Now we’re not going to tell you if the duck or her babies make it, because seriously, this 1 minute clip is one of most tense and most heart stopping thing you will ever see, period. Writers of Paranormal Activity. Get your shit together. Also guys, show this to your girlfriend if you’re really brave.

For added effect, we recommend playing this in the background.