From Paris With Love Trailer

It may sound like a romantic comedy, but instead From Paris With Love is a not so clever pun on the famous Bond novel, From Russia with Love. The R-rated thriller stars Jonathan Rhys Meyers and a very rotund John Travolta, and is slated for release on February 5, 2010 by Lionsgate. The film is about a low-ranking intelligence operative played by Meyers who teams with a high-ranking U.S. agent (Travolta) to stop a terrorist attack in Paris. Written by Luc Besson (fresh of success like District 13 and Taken), it is directed by Pierre Morel (who also teamed up with Besson on Taken), and contains plenty of violence and pervasive language. The red band trailer may not be SFW: 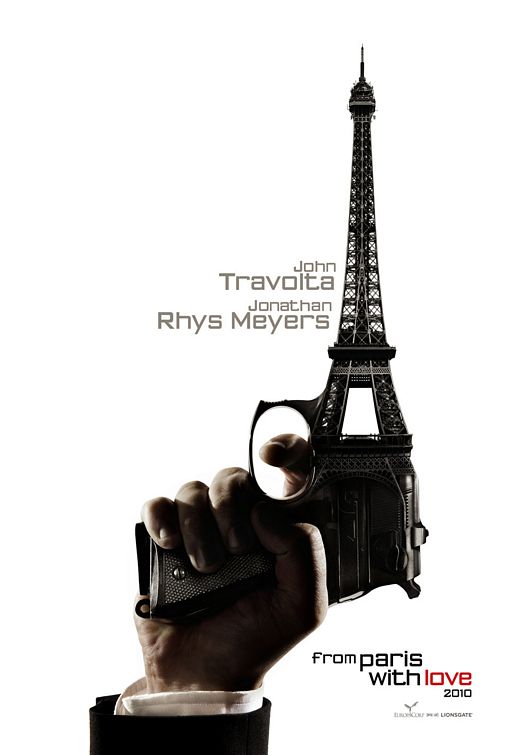