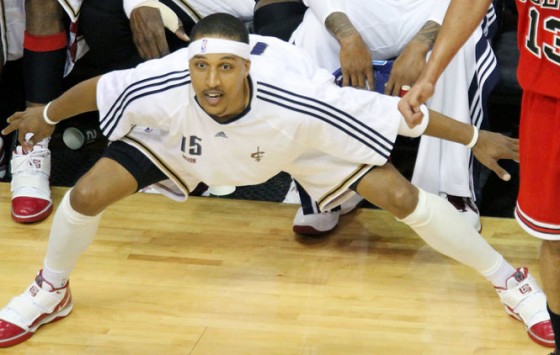 Working hard in Cleveland... at what, who knows?

I know the pity party for Cleveland has been a particularly popular topic the past few months. However, when your general awfulness begins trending on Twitter, it is worthy of another look.

During the past week, to celebrate the Cleveland Cavaliers 25 game losing streak, the trend #lasttimethecavswon was started up, here a few of my favorites:

@thegame #lasttimethecavswon Delonte West & Mrs. James was on their 1st date at McDonalds

Whenever you have Jesus and Rex Ryan cracking jokes on the same topic, you know you are on to something. You know the Lord has a busy schedule and Rex isn’t too far behind, considering his quarterback is being accused of sleeping with a 17-year-old and the calls for a sequel to his wife’s foot fetish videos are growing louder.

Don’t worry Cleveland fans, I threw in the cheap shot at LeBron and made sure Dallas caught some slack for bombing out as a Super Bowl host.

I am not sure when things are going to get better for Cavs. The toughest job in America right now must be making the video their starters are called out to. Who do you put in those highlights? Nobody is getting out of their seats for clips of Mo Williams bricking a three or Ramon Sessions dribbling off his foot.

Don’t worry Cleveland, it is almost time to enjoy a 65-win Indians season and if you can’t get excited about that, at least you could get ready to take out your anger on some opposing 8-year-old fans.