Fun at the USA Pro Challenge 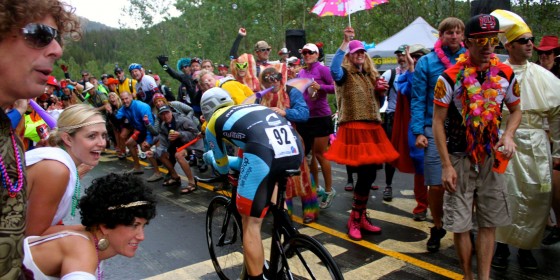 This past weekend we flew out to Colorado in order to attend our first Professional Cycling Race, the USA Pro Challenge. We’ve watched Cycling Tours for years on television and covered the sport occasionally here at Gunaxin, but we were completely pumped to witness a major cycling race in-person. It’s one thing to watch it on television, but you really need to live it, and immerse yourself in the experience that you cannot get by watching it from afar. So with that as our goal, we utilized our credentials for Stage 6 in Vail and Stage 7 in Denver to capture the entire spectacle, with a particular attention to things you may not have seen on television. 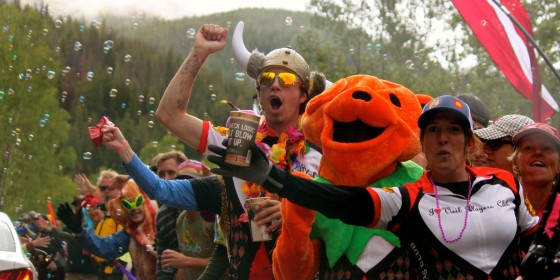 By far the highlight of our trip was hopping in a Lexus Media Car and riding up Vail Pass at the beginning of the Time Trial. We encountered some interesting fans along the way, but the intensity really picked up with about 500 meters to go. At around 300 meters from the finish, barricades were placed on the side of the road, and in front of those barricades a dance party was literally taking place in the middle of the road. We’re talking a DJ booth with bubble machine and several dozen costumed fans dancing to the beat, pausing sporadically to cheer for time trial riders as they passed.

It was everything we could have hoped for, and gave us a taste of what it’s like at the top of mountain passes in a grand tour. Unfortunately the atmosphere was not shown on the NBC Sports broadcast, so we wanted to bring a little bit of it to you on video so you can truly appreciate the experience : 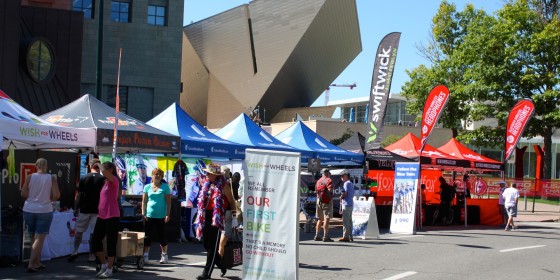 As we mentioned in our detailed exploration of the Lexus Sponsorship at the USA Pro Challenge yesterday, each host city features a Festival along with the free spectator event. The festival includes a multitude of tents from sponsors with giveaways and merchandise. You can also find entertainment and food options to keep race goers happy. We explored the Finish Festival in Denver relatively early in the day before the crowds swarmed the scene. Sadly we never got to try one of those turkey legs. 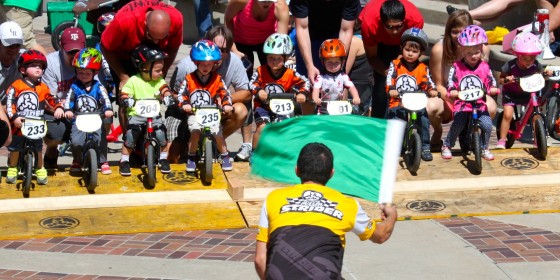 Before the main event entered Downtown Denver, we discovered one of the cutest races you’ll ever see, the Strider National Championships. We captured the scene of the youngest age group, 2 and under, as they traversed the obstacle course on their Strider Bikes. Could there be some future professional cyclists amongst this group? 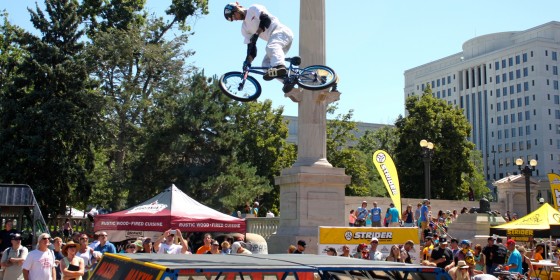 Maxxis Tires brought a bit of the X-Games to Denver’s Civic Center Park by inviting the King BMX Stunt Show to perform multiple times throughout the day for the crowd. The high-flying stunt team were awesome to watch, and really helped to keep the spectators entertained while they waited for the race to make its way downtown. 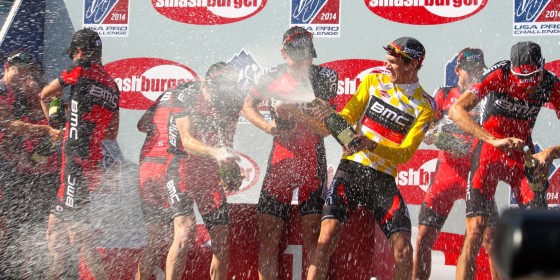 Podium Ceremonies are typically shown on television, but we had some fun photos that we wanted to share with you anyways. Of course we included our favorite Podium Hostesses, Heidi and Courtney, but there is also a variety of amusing images of the race leaders celebrating their victories with comically large bottles of beer and awkward kisses. Fans gather en masse to watch the conclusion of each stage, and the final stage featured an extended presentation and the awesome champagne celebration by the winners of the team competition that you see above.