This next chapter in Gunaxin’s Fun With Google column tells more about my personal musings while trapped inside during a snowstorm than it tells us about the famous search engine. But now that you’re curious, I typed the word ‘retarded’ into Google to see what it would suggest.

My use of the word for this article is but an experiment, and by no means is meant to offend anyone, particularly Gunaxin readers. In fact, I believe the idea came to me after reading the comments for my other articles.

Now, onto the results: 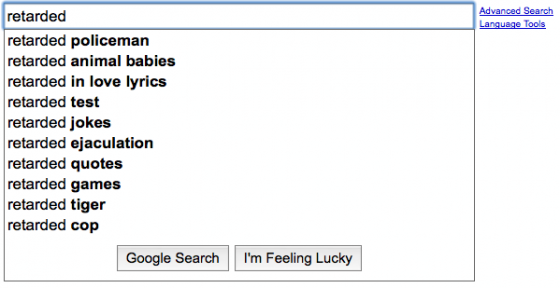 Now, onto our featured search results, which I found via ‘retarded policeman.’ These videos, by Mediocre Films, have been around for a while and been viewed by millions, but for those of you who haven’t seen them, let’s watch: