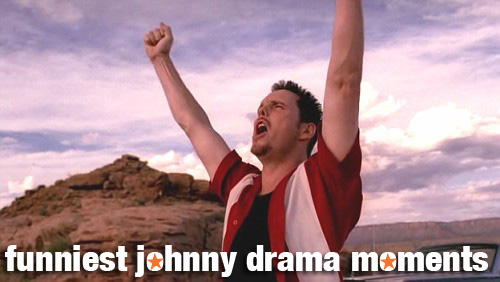 Johnny “Drama” Chase, the older brother of superstar actor Vincent Chase on HBO’s Entourage, is one of the funniest characters on the show (except for Ari Gold, of course), and his VICTORY! cry has become a catchphrase in pop culture. Drama, played by Kevin Dillon, the younger brother of actor Matt Dillon, is the stereotypical struggling actor out in Los Angeles.

With Entourage‘s final season beginning on July 24, let’s look at a rundown of some of Drama’s funniest moments.

Drama: “E, I’ve had most of this town, so it was bound to happen that our trees would dabble in the same forest at some point.”

Drama: “I could already see his future. He’s going to move in with Sloan, drive her daddy’s Bentley and join a country club that restricts us.”

Drama: “I’ve been working steady for the past twelve years, minus the last three.”

Drama: “Viking Quest convention, ’99, a guy from Orlando offered me $50 to photograph me banging his wife while wearing my Tarvold costume.”

Vince: “I’d just be happy to avoid a Razzie.”
Drama: “There’s nothing wrong with a Razzie.”
Turtle: “Johnny’s gonna go for the hat trick if he ever does another movie.”
Drama: “I only have one Razzie, asshole.”

Drama: “No, no, no. Mean is when I made Jess Mancini ride her bike home after I ass-fucked her.”

Drama: “Nobody appreciates their girlfriend. Until they get herpes from the next broad. Know what I’m saying?”

Drama: “I’m telling you, once your car’s been stolen, it never runs the same again. It’s like a guy sleeping with your girl. He leaves his mark all over her.”

Getting kicked out of his hotel

Throwing up on the girl’s birthday cake

Fat lady in the hot tub

Party at his condo

The Best Johnny Drama Moment Ever 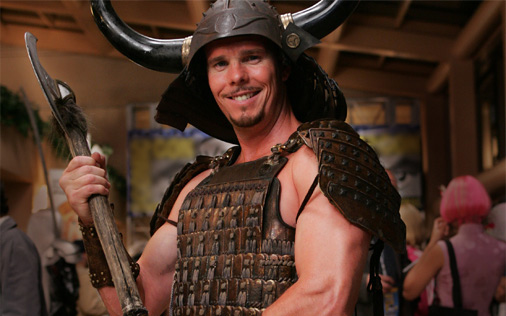