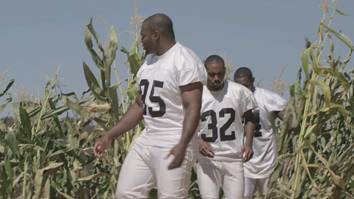 As the NFL Lockout painfully drags into July, Funny or Die has taken on the important task of trying to put some humor into the situation, as many of us are staring at the horror of having nothing of value to do on Sundays from September to February.

Check out their parody of Field of Dreams, which has guest cameos ranging from Kevin Costner to Ray Lewis, DeSean Jackson trying to order a romantic comedy, and Antonio Cromartie moving in on the guy from Twilight’s girl (insert obvious prophylactic joke here).