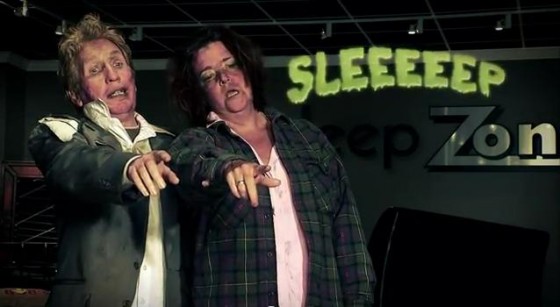 I think they want sleep.

Baseball season’s return doesn’t just mean that I get to watch the Boston Red Sox again. Like any region-specific channel, NESN has local commercials, with most of them being bad. This year, Bob’s Furniture broke the bank on their latest oeuvre. It’s got zombies in it, and it really deserves a more focused look.

0:04 – Bob (or whoever is directing) really sets the tone for this commercial by having these disheveled guys say “SLEEEEP” while driving a convertible into a furniture store parking lot. These unkempt dudes are clearly looking for sleep.

0:06 – OH SHIT these dudes just drove through the front door of the store! Those special effects are great. Did Paul W.S. Anderson direct this? No, seriously, did he? I doubt his schedule is really that full right now.

0:09 – These guys are rude as hell. People are up in Bob’s trying to get a nice dresser set, and these two dudes just ruin their shit and knock stuff everywhere.

0:14 – Hey, this ties in to the first lines from the commercial about the zombies wanting sleep! A well-executed callback. That zombie on the left looks like Breckin Meyer’s brother. Maybe it actually is Breckin Meyer? He might have had some free time between Franklin & Bash taping sessions.

0:16 – While Phyllis from The Office and those other two old ladies are talking about zombies, this girl in the background knows exactly what’s going to go down. If you watch closely, it looks like she mouths “OH SHIT” before she gets the hell out of there. She’s watched enough horror movies to know what’s going to happen. 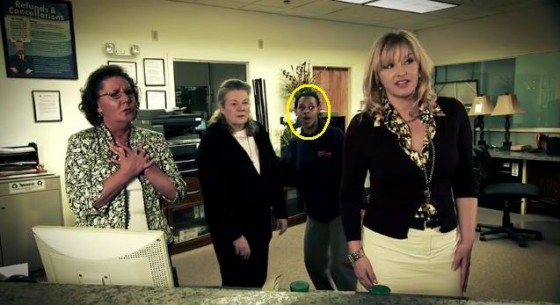 0:17 – The best line in the whole commercial is said by the lady in the middle: “YA TURN ZOMBIE!”

VOICEOVER: THIS SUMMER… WE THOUGHT THEY WANTED BRAINS… BUT WHAT THEY REALLY WANTED… WAS SLEEEEEP.

(dark screen with sounds of car crash and screaming)

(Heartbeat beating at frantic speed, climax of heartbeat as it stops, screen stays dark, then flashes to close-up of OLD LADY)

VOICEOVER: ZOMBIE FURNITURE MASSACRE. This film is not yet rated.

0:19 – The facade is gone. This is just a furniture commercial now, with molasses-slow conga music being piped in as Bob tells us how great his mattress deals are. We will never know what happened to the unfortunate souls trapped inside Bob’s Furniture with those sleep-thirsty, lethargic zombies. It is a mystery as to how many lives were lost in the zombies’ mission to get those Bob-O-Pedics, but more than zero is too many.

Damn, that shit’s $1400 less than Tempur-Pedic? Bob, you excellent merchant.