Media > Comics > Futurama Gets Best Piece of Fan Art Ever

Futurama Gets Best Piece of Fan Art Ever 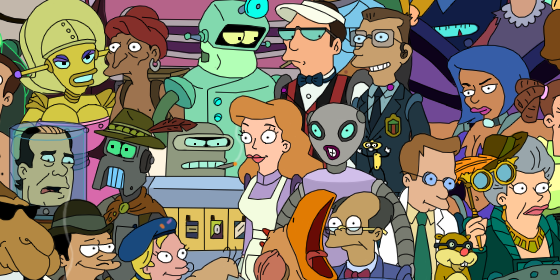 On September 5, 2013, fans of Futurama once again saw the last of the show. Some continue to hold out hope that in some way Futurama will come back again, for 124 episodes and four direct-to-video movies just weren’t enough.

However one fan presumably crossed his fingers that the show would never return in any fashion. His Deviant Art username is Unrellius. On September 9, 2013 he posted online what is undoubtedly the most complete, thorough piece of artwork for the show ever made. This labor of love took fourteen months to complete, and it was time well spent. 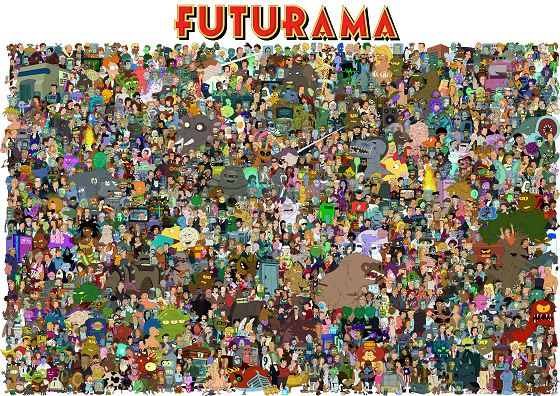 This epic tribute not only features cast members or bit players. It not only features one-off cameos and even pieces of equipment like the Planet Express ship. Real people are even caricatured in it, such as Gary Gygax, Adolf Hitler, and Evil Lincoln. You’ll notice that you don’t see that kind of commitment from, say, American Dad or The Cleveland Show fans (although of course you don’t really see fans of The Cleveland Show at all.) 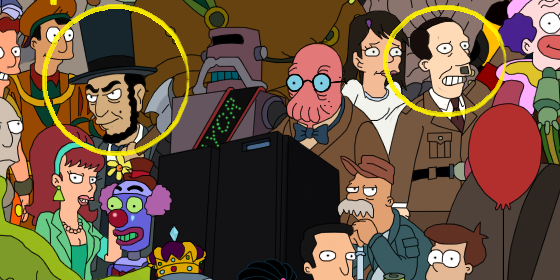 Circled in yellow for the probably much too large reader segment that don’t know what Lincoln and Hitler looked like. 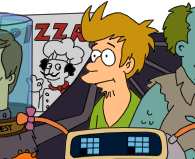 And that’s not all! Futurama often takes its main characters from Planet Express delivery company and either show versions of them from alternate universes or doing parodies of other programs, so there are even things like drawings of show protagonist Phillip J. Fry as Shaggy from Scooby Doo in there. In all, Unrellius estimated that 1,300 characters are portrayed in this epic work of art. 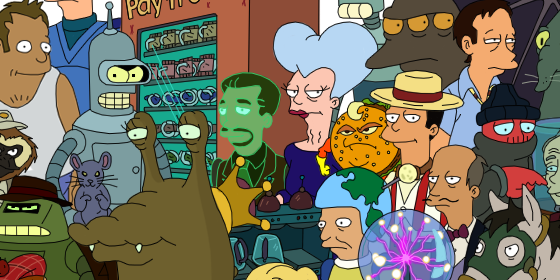 So please, creators and fans of Futurama, if you must resurrect the show in some way, please think about what it means for Unrellius if he has to add more characters to this. At least make sure that any new beings added are really easy to draw. And Unrellius, if you haven’t already, don’t become a fan of The Simpsons or you’ll probably end up starting a project you don’t have a hope of ever finishing. Although there is already something similar released by the show creators themselves, several years back: 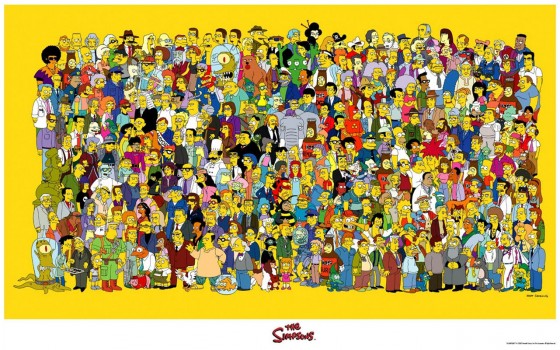