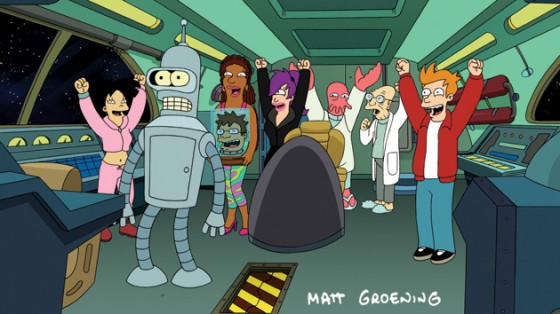 Well kids, the sad truth is one of the greatest animated comedies of our time is airing its last episodes on Comedy Central as we speak. The final episode is set to air on September 4th.

From the creator of the iconic and everlasting The Simpsons, Matt Groening put a decidedly bizarre twist on his idea of a future after the year 3000. Years ago it quietly died on FOX only to be resurrected by Comedy Central after its direct-to-DVD movies scored big ratings. But, unfortunately, all the best things on TV must come to their inevitable conclusions (See Breaking Bad, Burn Notice, etc…). What follows are what we believe to be the funniest and likely best episodes over the show’s run. Enjoy! 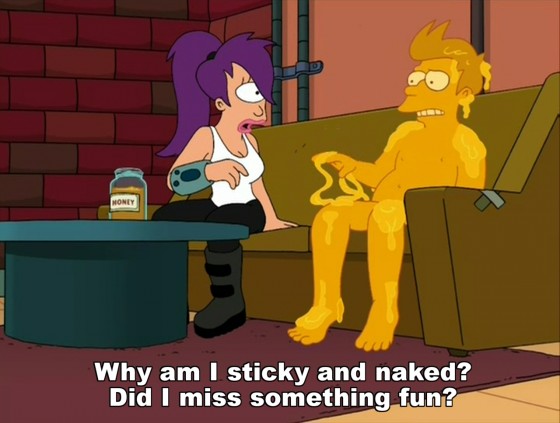 Leela: That doesn’t sound so dangerous.

Farnsworth: This is no ordinary honey! It’s produced by vicious space bees. A single sting of their hideous neurotoxin can cause instant death!

Hermes: And that’s if you’re not allergic! You don’t wanna know what happens then, oh no no, God no.

Farnsworth: Your insides with boil out of your eye sockets like a science fair volcano!

The Devil’s Hands are Idle Playthings 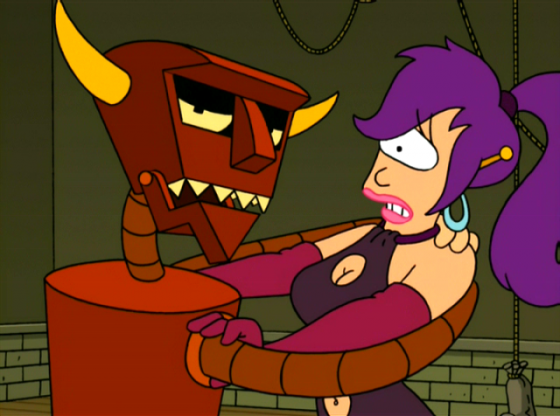 Fry: But I can’t play anymore!

Zoidberg: Yes you can! The music was in your heart, not your hands! [Fry begins playing off-key and the audience starts booing.]

Zoidberg: Your music is bad and you should feel bad! 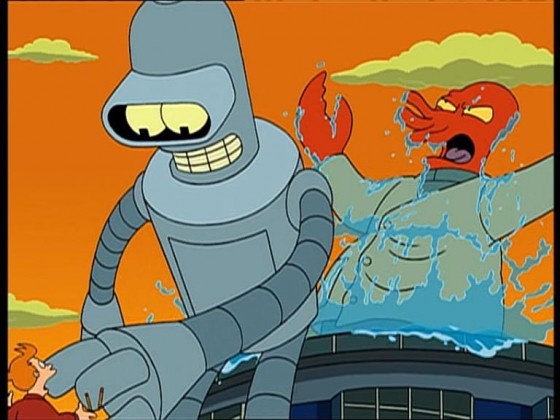 Fry: Destroyed? Then where are we now?

Al Gore: I don’t know but I can tell you where we’re not. The universe.

Gary Gygax: Anyone want to play Dungeons & Dragons for the next quadrillion years?

Professor Farnsworth: Who else has a question for the What-If Machine? Scruffy? Katrina? Xanthor?

Fry: Ooh, I have one. I’m good at video games and bad at everything else. That’s why I wish life were more like a video game.

Professor Farnsworth: Can you put that in the form of a question?

Fry: Uh, what if that thing I said? 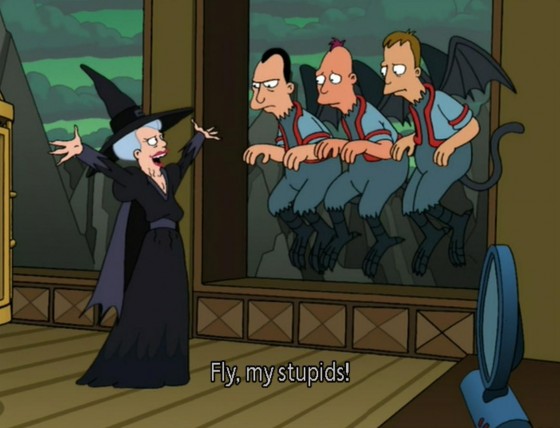 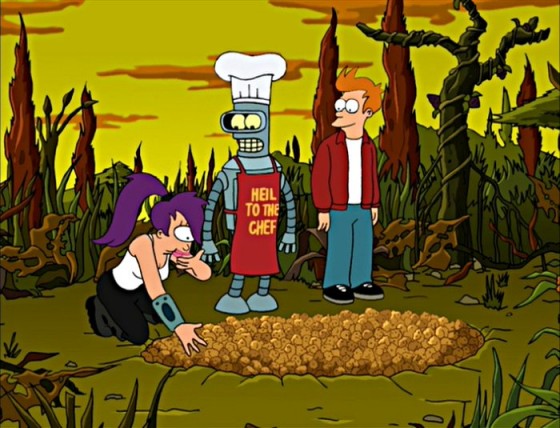 Leela: Well, it’s a type M planet, so it should at least have Roddenberries.

Fry: I’m experienced at foraging. I used to find edible mushrooms on my bath mat!

Bender: I found some rocks! You guys eat rocks, right?

Bender: [Invitingly.] Not even if they’re sautéed in a little mud? 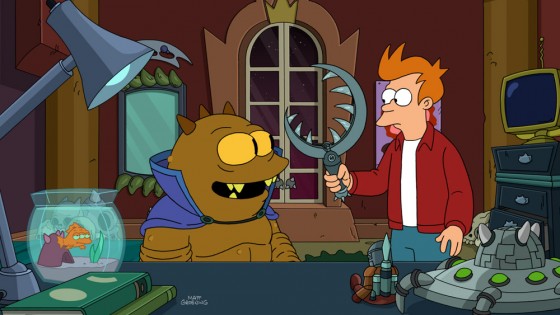 Leela: Bender. Do you know where Fry is? I haven’t seen him since we got back from Omicron Persei 8.

Bender: Fry?! You… just missed him. He went out to buy you flowers. Whatever kind you like best. ‘Cuz he loves you and crap. 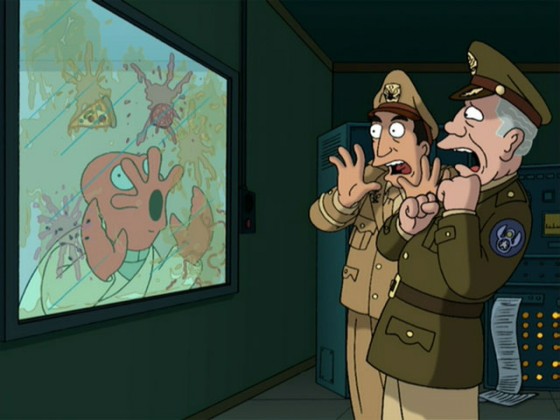 Professor Farnsworth: Start the ship, Leela! Let’s just steal the dish and get back to our own time.

Fry: But won’t that change history?

Professor Farnsworth: Oooh, a lesson in not changing history from “Mr. I’m-my-own-grandpa”. Let’s get the hell out of here already! Screw history! 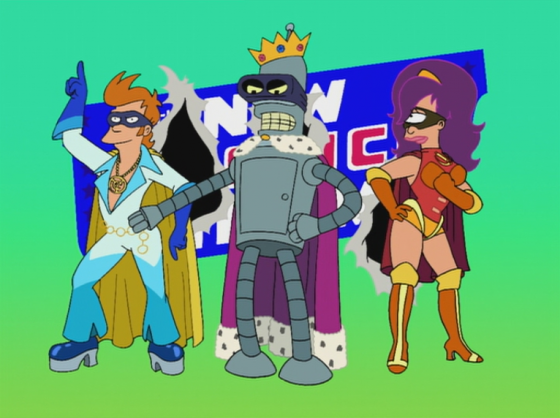 Fry: Wow! A superpowers drug you can just rub into your skin? You’d think it’d be something you have to freebase.

Leela: Let’s see. Which super powers do we have? Super-strength?

Fry: Hey, Zoidberg! Get in here!

Leela: Ain’t got that.

Attack of the Killer App 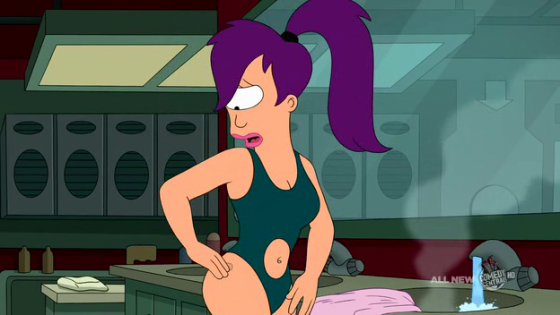 Bender: Flexo, what are you doing in a hazardous waste bin?

Professor Farnsworth: Bender, who were you talking to?

Bender: No one? Your mama? Shut up? Take your pick.

Where No Fan Has Gone Before 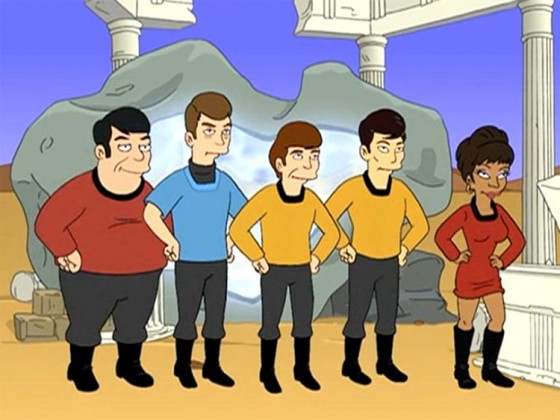 Fry: Look at Walter Koenig. After Star Trek, he became an actor.

Walter Koenig: Not just an actor, but a well-rounded person. With my own friends and credit cards and keys. 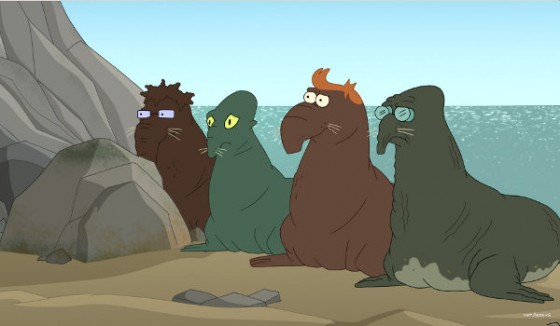 Hermes: You’re just a giant lump of fat. Do you even have an ass under there?