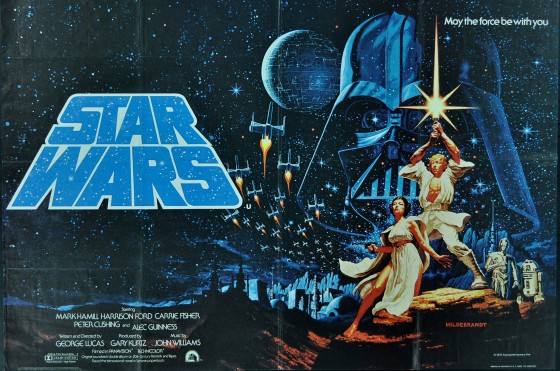 All true Star Wars Fans know that the original trilogy, in its original form should probably have never been messed with or added to. So on this May Fourth, I pay homage to the original material: Star Wars as I remember it most fondly, as a child, seeing everything through un-tainted lenses the way -in this writer’s humble opinion- it ought to be. Okay, enough Soap Boxing, let’s check out a cool twenty Vintage Star Wars ads. And just so you know, most of these ads were originally found in places like Sears catalogs, comic books, and Christmas circulars. Enjoy! 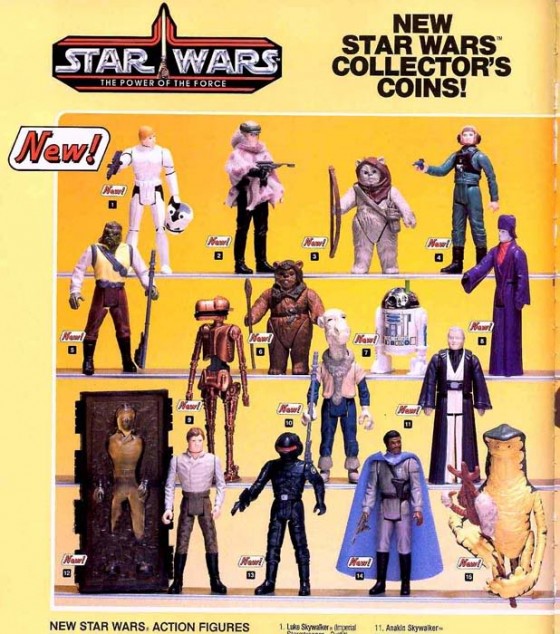 The ‘Power of the Force’ toys emerged on the tail-end of Kenner’s figures popularity. Basically, when Jedi was finally wrapping up its run in theaters, and there was no news of future films, Kenner found itself at a loss. So, they began the craze of figure ‘re-issues’ and new sculpts of different aliens and other moments that might have been lost in the film. Oh, and each figure came with a coin! Awesome. 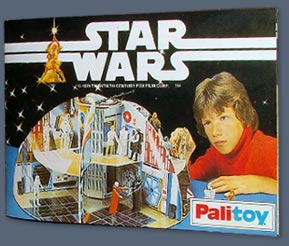 This gem from Palitoy was basically one half of the Death Star made out of rugged cardboard. The scenery was painted on, but looked pretty decent, and it did hold a decent number of the action figures. However, it was pretty flimsy in the long run and fell apart pretty readily. Still, if you wanted half of a Death Star, you could have done much worse.

As the lore goes, Lucas had trouble bouncing between ‘Return’ and ‘Revenge’ of the Jedi. At first it actually was ‘Return’, but that was scrapped quickly and the ‘Revenge’ moniker took hold. Newspaper ads were taken out, posters were printed, and, in a few cases, figure card promos like the one seen here were made up as well. Eventually, as we all know, Lucas decided that Jedi would never seek revenge, so the title was returned to, well, ‘Return’ and the rest is history. 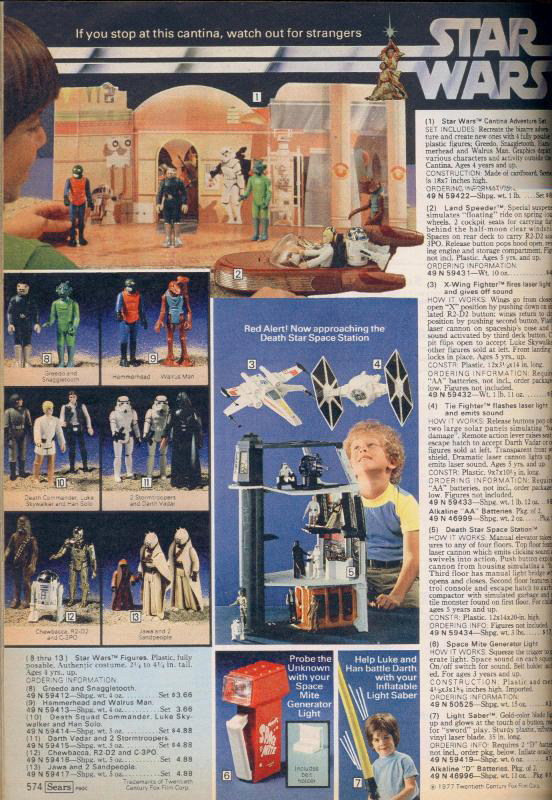 Aside from the ultra coolness of this Sears catalog page that features oodles of Star Wars awesomeness from the Mos Eisley set to the Death Star Space Station, if you look down at the bottom at the little gun thingy that’s decidedly not Star Wars you’ll notice the following description: “Probe the unknown…” Um, no thanks. 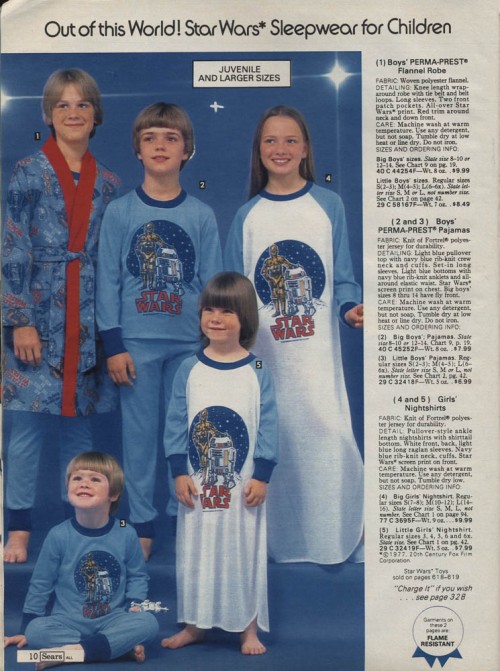 Now that’s some classy sleep wear! I have no idea what they’re all looking at, but I bet it’s the ‘Star Wars Holiday Special’. That was pretty damn goofy. 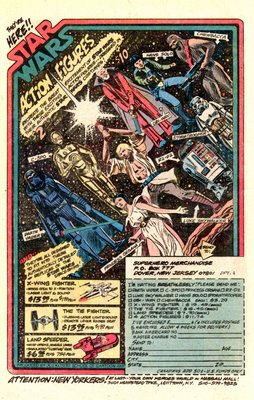 Ya just gotta love illustrated comic book ads. I can guarantee you none of the figures looked like these guys. Oh, and not once in the movie does Luke’s bulging chest make an appearance. 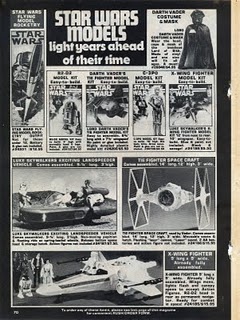 A few nicely detailed Star Wars models here. I just love how, at the bottom, Luke is either arriving or departing in the X-Wing and everyone is gathered around checking it out. Like it’s a big deal, or something. 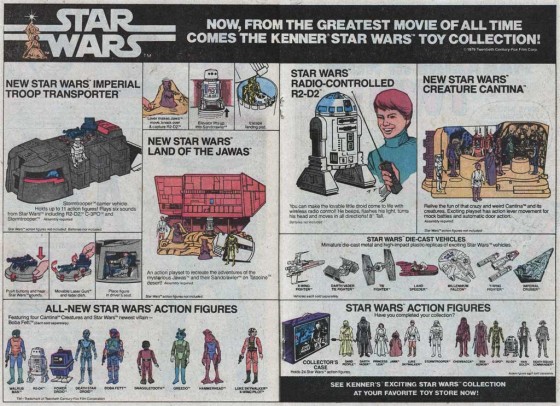 How can you not love this page! First there’s the ‘Imperial Troop Transporter’ that was used in the movie all of never, because it’s silly. Second you have the Jawa playset where everything but the figures is a matte, and the ‘Creature Cantina’ isn’t much better (see, they had yet to actually make many of the figures that would work with these scenes, so painted stills was the way to go). But thirdly, and most disturbing… what is the deal with that kid? 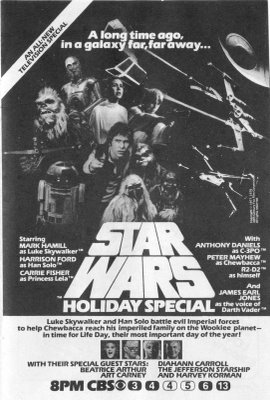 The first enormous mistake in the Star Wars universe. Oh and it was so, so cool at the time. Bea Arthur, you will always have a place in my heart. Don’t know what I’m talking about? Check THIS. 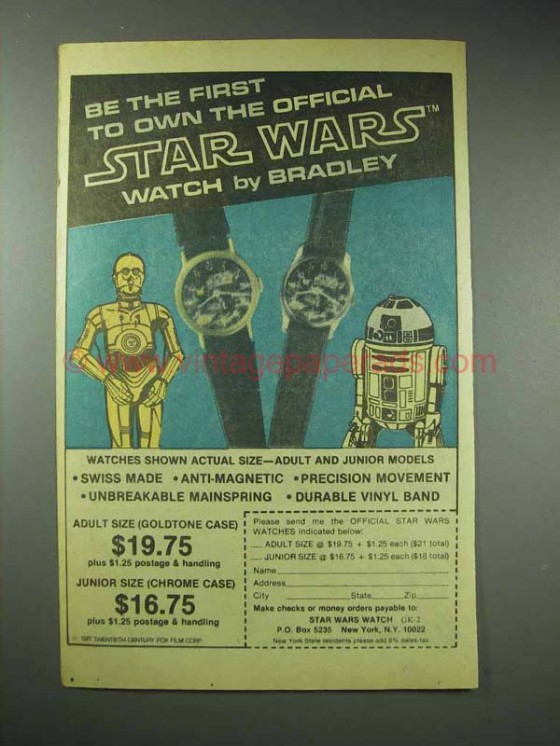 What time is it? That’s right, Star Wars time. 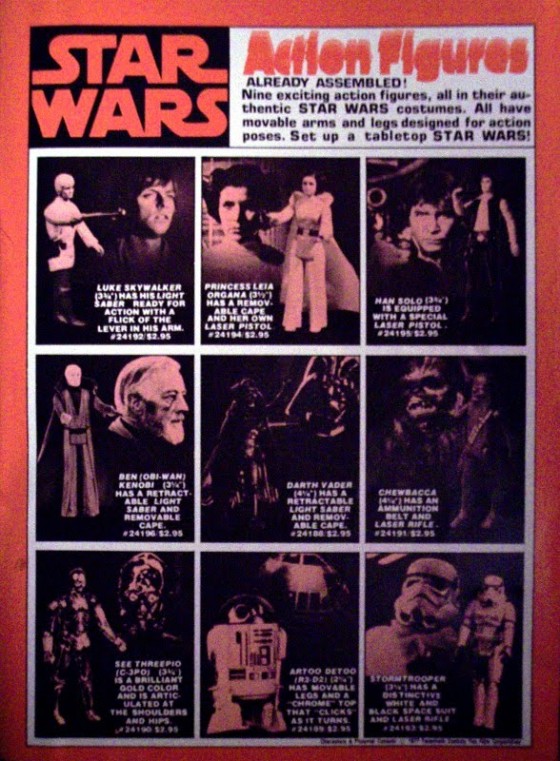 This ad makes a whole lot of no sense. First of all, why promote that the figures are ‘already assembled’? Was there ever a selection of the toys that weren’t? Well, aside from a few vehicles and playsets, but that’s normal. Luke’s, as did they all from ANH, has a retractable Light Saber which, in the movie, he ignites once when Obi Wan gives it to him. And the best part: “Set up a table-top Star Wars!” OKAY! 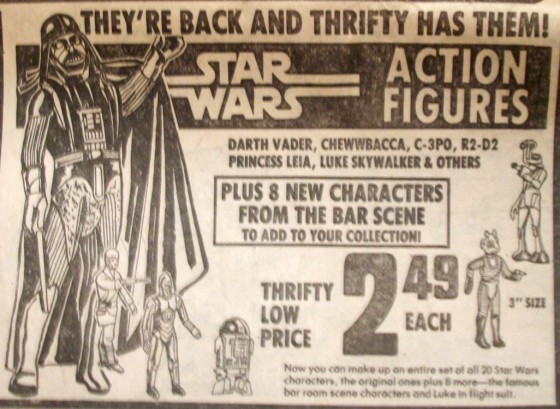 There is literally nothing not to love about this ad. 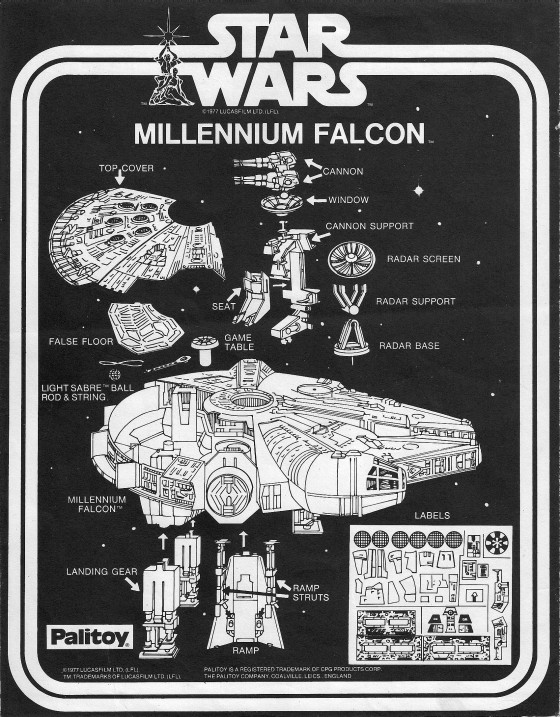 Simply the instructions that came with the Millennium Falcon. 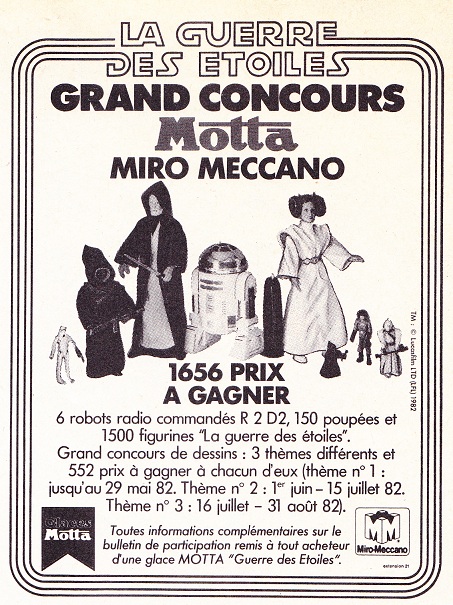 It may be foreign, but it’s so cool. 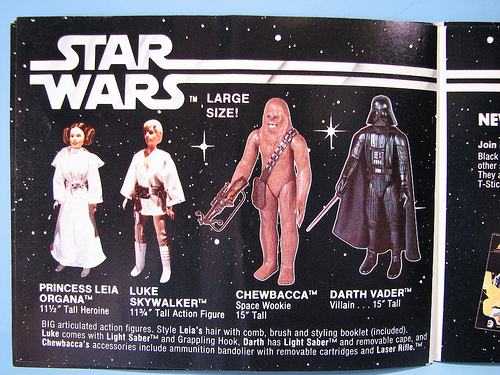 ‘Darth Vader- Villain’. Well that about sums up the entire Saga, doesn’t it? Oh, and ‘Chewbacca- Space Wookie’ kills me, too. Were there two or three other types of Wookies we didn’t know about? 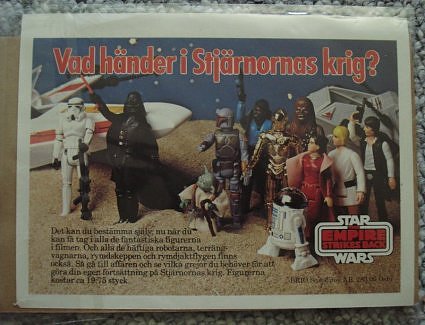 I have no idea what this says, but it looks like Vader’s leading the group on some kind of tour of an X-Wing plant. 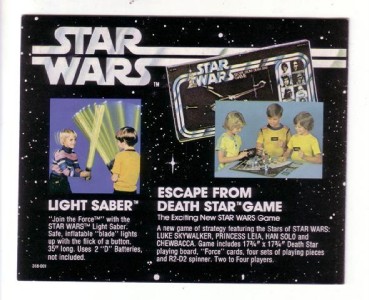 I had those Light Sabers there, but I don’t recall being recruited to ‘Join The Force’ as though it were a military designation.

I think I would kill my own grandmother to get my hands on that Play-Doh action set. Who doesn’t love Play-Doh? 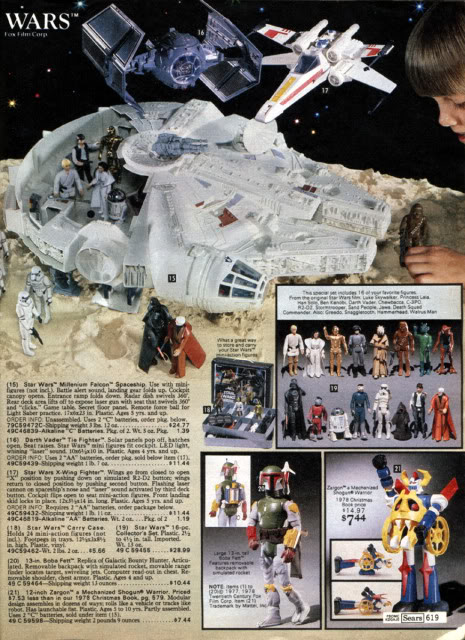 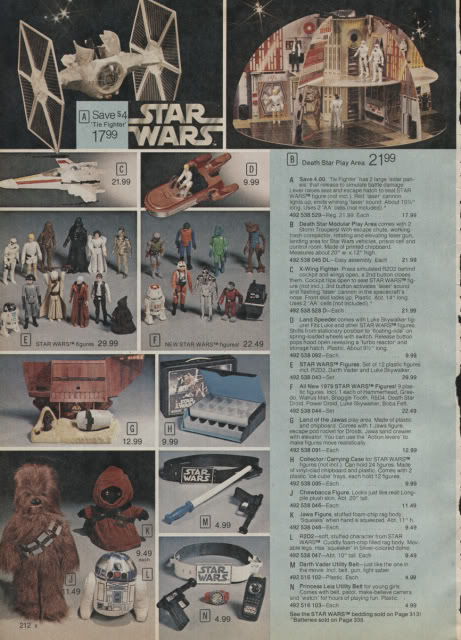