HBO’s Game Change Has a Trailer 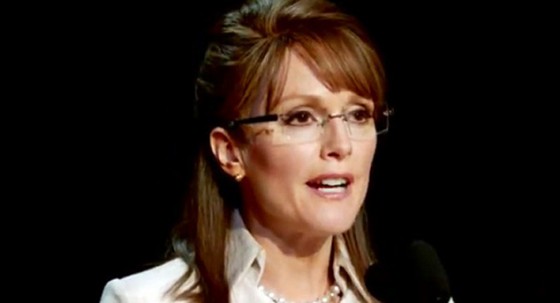 I don’t follow politics very closely. I moved past finger-pointing, name-calling and incessant lying when I graduated from elementary school, so listening to a bunch of wealthy egomaniacs masquerading as public servants sling verbal mud at one another strikes me as a whole lotta nonsense. That said, I love political movies like Primary Colors, The Ides of March and Recount, which is why I’m especially intrigued by HBO’s upcoming expose about the 2008 Presidential election called Game Change. Julianne Moore as Sarah Palin? Ed Harris as John McCain? Woody Harrelson as a Republican strategist? Count me in. Here’s the first official trailer.