If any show was deserving of the “Last Supper” treatment it’s Game of Thrones. With all the backroom dealing and duplicitous power maneuvering going on in King’s Landing, it just makes sense. Although I have to agree with the folks at io9 who suggest Ned, not Tyrion, should be in the Jesus seat. After all, he was the one who was betrayed, but unlike JC, he wasn’t smart enough to predict his ultimate undoing. Nevertheless, this rendition courtesy of sheilalala is pretty awesome. Nice use of the Wolf and Lion sigils, and Daenerys playing with her dragons is priceless. 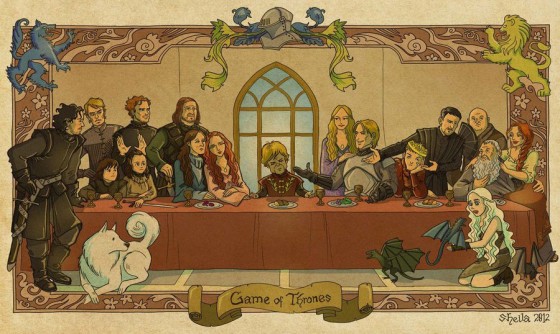