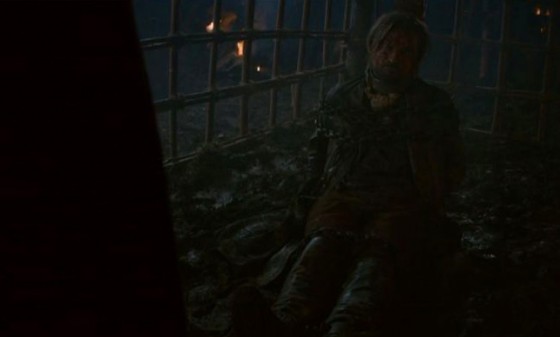 Honor. It plays a significant role in Game of Thrones. Ultimately, it’s (and blatant stupidity) what got Ned Stark beheaded, and it could end up doing the same to his bastard son Jon Snow, who, like his father, is blindly adhering to an archaic code that has no place in the Seven Kingdoms. In last night’s seventh episode of Season 2, “A Man Without Honor,” the subject of loyalty and trust dominated the plot as Snow, Daenerys, Theon, Sansa, Robb and Jaime all stared the ugly truth square in the face. Is there a place for honor in a world beset by selfishness, greed, darkness and betrayal? The “Kingslayer” may have provided the best answer: “It’s too much…” Too much indeed.

Three episodes to go before Season 2 is a wrap. Is Stannis ever going to invade King’s Landing? Will Arya get her vengeance? What the hell is going on in Qarth? And will Jon Snow give in to temptation? Until next time…