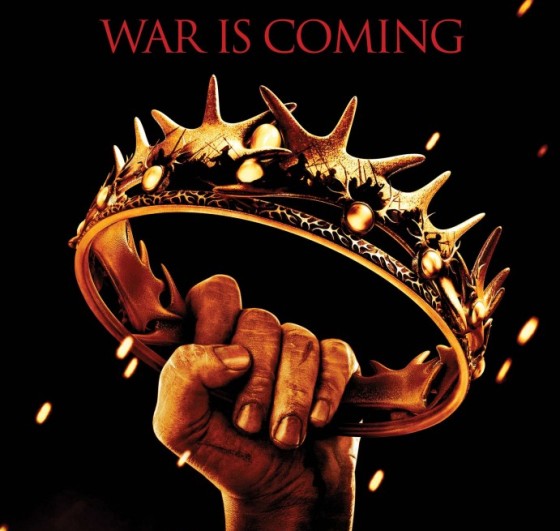 Well, hello there, Gunaxin readers. It’s been a long time, but with football season over, I figured there was no better time for a return of the king, so to speak. Or in the case of the second season of HBO’s Game of Thrones, how about a War of Five Kings?

To those who are unfamiliar with what you’ll get in the Dissertation of Ice & Fire column’s, you can go back and read some of the ones from the first season here. To sum up, I NEVER reveal any spoilers that have yet to happen on-screen yet, but I do compare and contrast how things transpired on both the pages of the Song of Ice and Fire series and the HBO adaptation on your television.

The first season was probably one of the most faithful adaptations of any source I’ve had the pleasure to take in, and this is coming from a “Thronie.” I’m not a nitpicker when it comes to translations from book to the small screen, but I like for it to at least resemble the source it is borrowing from and the first season of the show achieved that more than one could imagine. But now that the series has brought millions of new fans to a story I’ve held dear for a while now, it’s time to start back up this column by previewing what looks to be a stellar sophomore effort from the best channel on television.

We ended last season in a transitional period: Eddard Stark is dead and his eldest son, Robb, has been declared the King of the North by his patrons. The bastard Joffrey Baratheon is currently being recognized as the former King Robert Baratheon’s heir, and with Ned no longer alive to speak the truth about his true father, his secret is safe with the Queen regent, Cersei Lannister. Her brother, Jaime, who is Joffrey’s real, incestuous father, is currently being held prisoner by the Stark camp for leverage against Tywin Lannister and his massive army. Upon hearing news of his beloved son’s capture, he sends his other son, Tyrion Lannister, to King’s Landing to act as ‘Hand of the King’ in his stead. 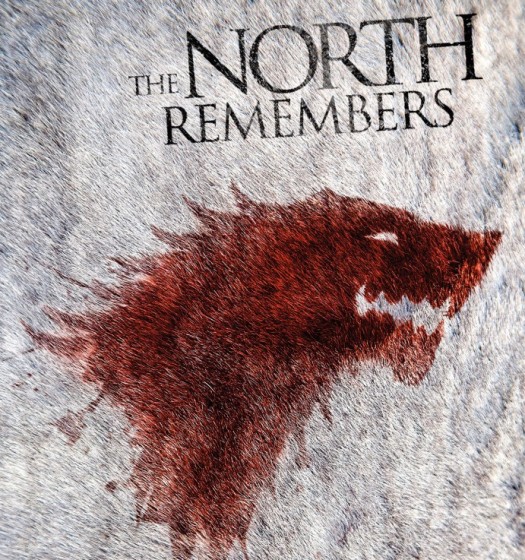 Across the narrow sea, another claim to the throne, Daenerys Targaryen, is mourning the loss of her husband Khal Drogo. She was last seen emerging from fire in the shocking finale. All that talk of dragons they had in the first season and how they’re now extinct? Yeah, she has three of them now. Although newborn, they’ll play a central role in season two if they follow the events of “Clash of Kings” as expected. Just like Joffrey and Robb Stark, she thinks she is the rightful ruler of Westeros and with three dragons on her side, she can take it by force once they’ve matured. But she still has to get across the sea first.

Robert Baratheon’s brother, Stannis, has the greatest claim to the throne, even if it is unknown to the general public that he is the rightful heir by bloodline. However, being a badass soldier in the past, he has no problem going to war for what he sees as his duty. Unlike the others, he has no desire to be king; he just feels that it’s what must be done because of his birthright. Joining him in the battle is the Red Priestess, Melisandre of Asshai. Without giving up too much, I think she will garner quite a following this season.

Remember all of that exposition with Theon last season? It’s going to make a whole new world of sense to you in this season, because early on, we’re going to be introduced to “The King of the Iron Islands,” Balon Greyjoy. He is the father of Theon and Lord of the Iron Islands that has proclaimed himself king twice. Seeing the opportunity to take another swing at his failed rebellion against Robert Baratheon years ago, Balon is assembling his fleet and ordering all ships who visited the Iron Island to remain so he can have the element of surprise on King’s Landing. However, Robb Stark has sent Theon home to the Iron Islands to offer an alliance against the Lannister’s. Will he accept, or not be able to get over the past?

Finally, the fifth “king” in this war is Stannis’ brother, Renly. Unlike Stannis, he is wildly popular among the people and though he has no actual claim to the throne, he has a ton of support and a following. And with house Tyrell’s army and financial support in his corner, he’s just as big of a threat as any of the other four.

Five Kings, one throne. Something has to give.

Now, obviously being a big old dork for this series, I have followed anxiously all of the castings for the new, very important characters that will be introduced this season. And, on paper, I like every one of them. Let’s meet them, shall we? 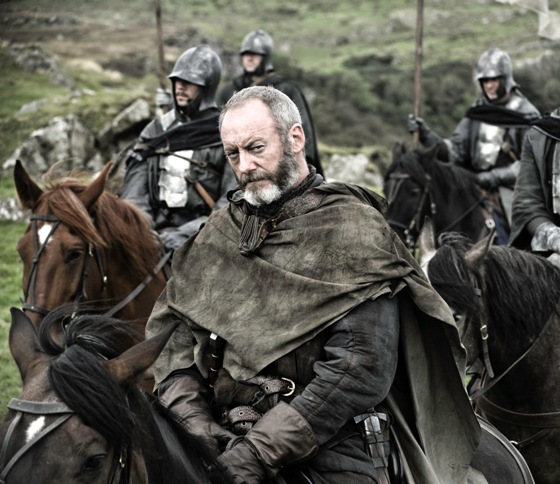 Lord Davos Seaworth of the Rainwood – He is an Admiral of the Narrow Sea, commonly called the Onion Knight, and was once a smuggler, but became a landed knight and Stannis Baratheon’s most honest and loyal supporter. He captains the Black Betha, his old smuggling ship, and has seven sons, many of whom serve on ships in Stannis’ fleet.

Davos will be played by Liam Cunningham and he passes the eye test. I like to think of Davos as the new Ned. He’s brave, loyal, and honorable to a fault. 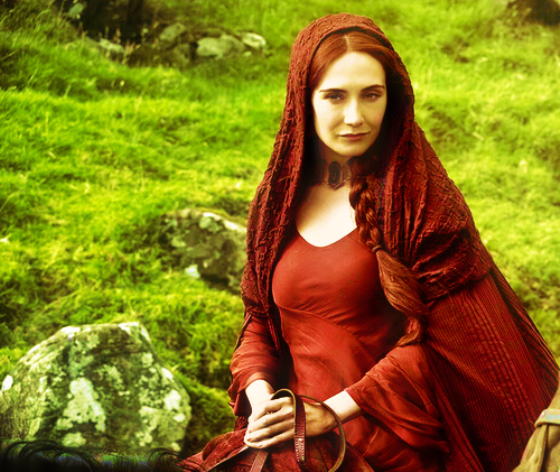 Melisandre of Asshai – She is a Shadowbinder and a priestess of R’hllor, God of Flame and Shadow, Lord of Light. She believes that Stannis is “Azor Ahai” reborn, a hero destined to defeat the Great Other, the antithesis of her god and thus has become a close adviser to him and his family.

Another spot on casting. Carice van Houten will make quite a few fans of the male persuasion this season. 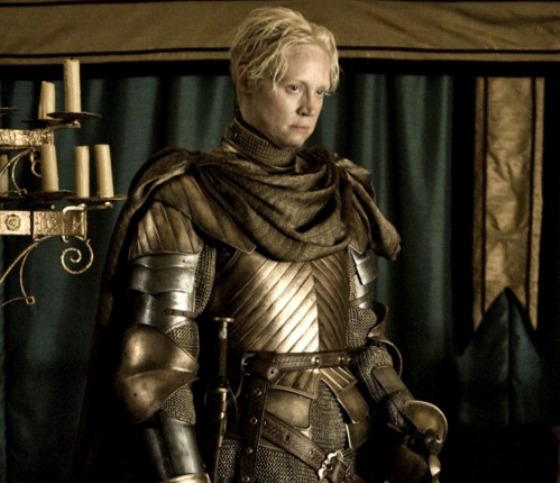 Brienne Tarth – She is the Maid of Tarth and the only child and heir of Lord Selwyn Tarth of Evenfall Hall. When Renly Baratheon, with whom she is infatuated, declared himself king, Brienne joined him for his march on King’s Landing.

I was mixed on this one until I saw actress Gwendoline Christie in costume, as I didn’t think she was ugly enough, something that is consistently brought up in the book. 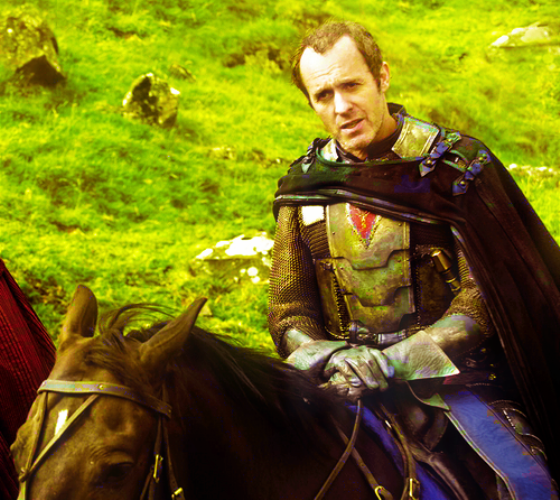 Lord Stannis Baratheon – He is the eldest of Robert Baratheon’s younger brothers. He served on his brother’s small council as Master of Ships. After the death of Robert, he styled himself king of the Seven Kingdoms as Robert’s heir, though he has difficulty getting support for his claim.

On first glance, it’s tough to swallow Stephen Dillane in the role; he is neither bald nor has a beard, two very defining features of the character. However, the fact that Dillane is such a damn fine actor, I can get on board.

With April 1st seemingly a world away, I know it’s going to be tough. But be sure to salivate over the latest trailer while we wait for The War of The Five Kings.