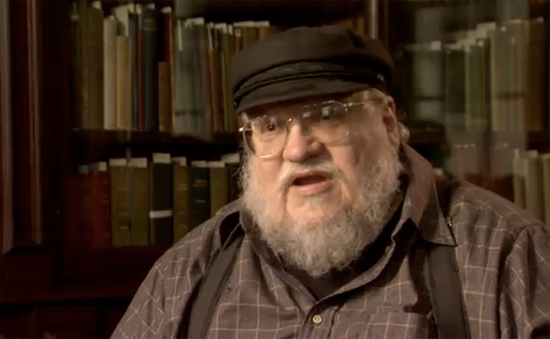 We here at Gunaxin love anything to do with Game of Thrones. And since we have to wait nearly a year before season 2 of the badass HBO hit premieres, we’ll take whatever snippets of news related to the show we can get. Like this story, which has to do with the publishing of Thrones author George R.R. Martin’s fifth book in the Song of Ice and Fire series, titled A Dance with Dragons.

Apparently an eager beaver Amazon lacky from Germany jumped the gun and shipped 180 copies of the book ahead of its July 12th release date. And naturally, some of the lucky few to have received a copy have begun doing what people do in the 21st century when made privy to top secret information: they leaked it on the internet. Damn kids and there newfangled computers.

As expected, Martin was none too pleased when he discovered what had occurred. He even went so far as to issue a not-so subtle warning to the guilty parties:

“I am not happy about this. My publishers are furious. If we find out who is responsible, we will mount his head on a spike,” the Game of Thrones author wrote on his blog.

I’m sure he’s only joking. Then again, this is the dude who beheads characters in his novels with the same regularity that most of us use the toilet. The man LOVES a good decapitation. Just ask Ned Stark. 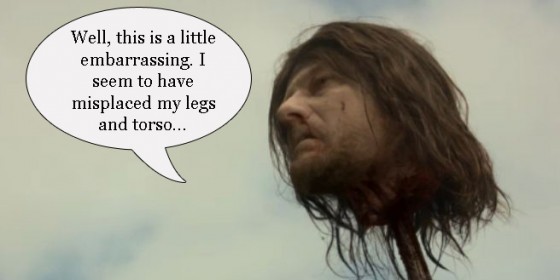 Martin went on to further disparage the party poopers who are posting spoilers.

“Most of those ‘lucky’ 180 are keeping mum, to be sure, but there are always a few jerkwads in any group, and those are the ones who cannot keep their mouths shut,” Martin continued. “All I can say is, pfui.”

Jerkwads? Pfui? Slow down there Georgie boy. This is a family website. He later told any and all who leaked the book to stay the hell off his lawn.