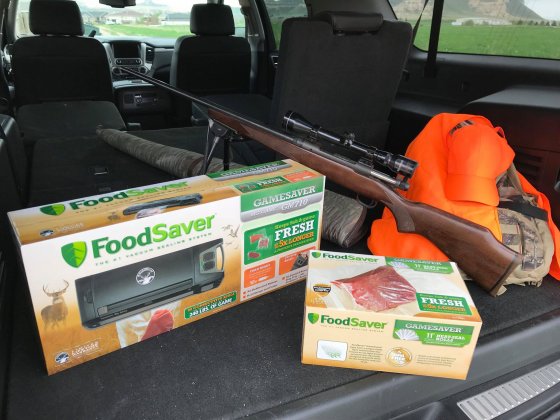 This post is sponsored by Everywhere Agency on behalf of FoodSaver®; however, all thoughts and opinions expressed are my own.

We love the outdoors here at Gunaxin and can’t get enough of camping, hiking, kayaking, fishing and hunting. Our most avid hunter is Tim, who grew up in a hunting family and now lives in Nebraska with his wife and two sons. He has recently taken up hunting as an adult, and has a budding passion for the sport. 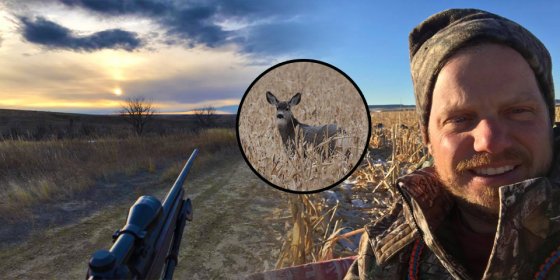 Tim has chronicled his hunting experience with our audience in the past, and we’ve openly teased him on Facebook as he’s posted photos from his failed hunts. However that all changed last fall, when Tim finally bagged his first deer. It was an experience this father proudly shared with his boys, and he now literally puts food on the family dining table in the form of venison. 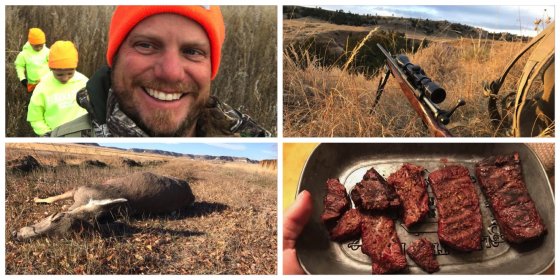 Oh, so much venison. Venison steaks, venison chops, venison jerky, ground venison, and more. Hours spent peacefully in a field waiting with his children has turned into weeks worth of delicious deer meat. Young boys won’t eat Dad’s venison for dinner every night though, so Tim needed an effective method to preserve his game. Enter the FoodSaver® GameSaver® Big Game™ Vacuum Sealing System, the solution to Tim’s newly discovered problem. 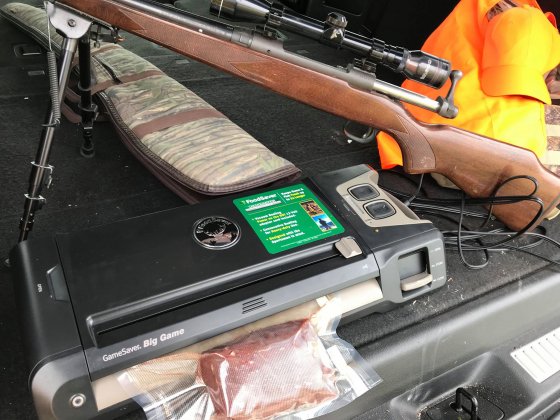 The GameSaver® Big Game™ system utilizes GameSaver® Heat- Seal Bags and Rolls to keep your fish and game fresh up to 5X longer compared to ordinary storage methods, and it even prevents freezer burn. That means Tim’s family can spread out their enjoyment of that venison, for when it’s convenient for them, instead of eating it all at once. We found the Big Game™ easy to operate and works exactly as it’s supposed to, but even faster than we expected. It is perfect for the hunter or angler on the go, with a rugged carry handle and 12 volt DC adaptor. That allows you to power the Big Game™ from your automobile, boat, or RV. 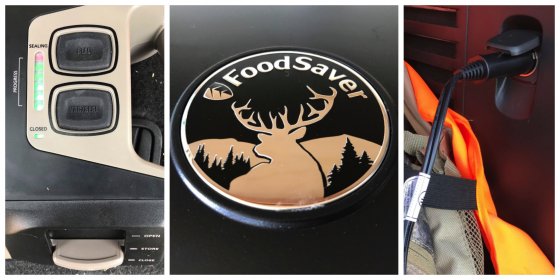 While that is definitely convenient for sealing up a fresh catch, if you have a large amount of game to vacuum seal, you can also use a regular household plug. The Big Game™ is made to handle the biggest jobs, with the the ability to preserve faster with up to 80 consecutive seals of 240 pounds of delicious meat, fish, or poultry. Guess how much an average adult Black Bear weighs? 240 pounds. For a Grizzly or Moose, you’re going to need to let the GameSaver® Big Game™ rest a bit, but you’ll likely be tired from all of that sealing too. Tim recommends consulting your local Fish & Game Warden to make sure you follow any local regulations related to processing. 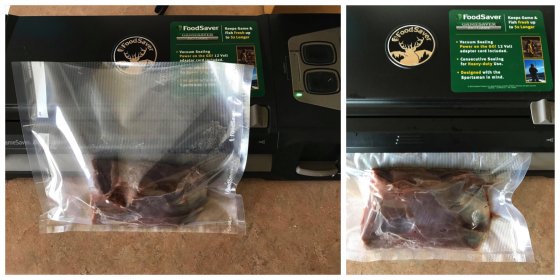 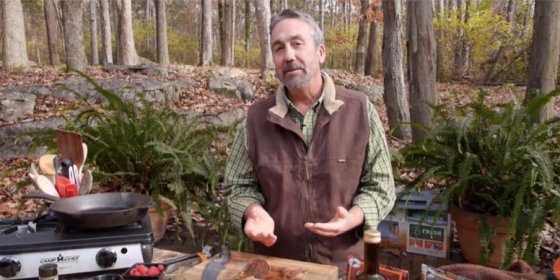 To enter the contest, participants must share a photo that celebrates fatherhood and captures a precious memory between dad and child in order to connect with the Preserve the Moment theme, using this specific hashtag: #PreservetheMomentContest. The Grand Prize winner will receive the opportunity to cook with The Sporting Chef in their own home, as well at the Ultimate Father’s Day Prize Package that includes many items along with the GameSaver® Big Game Vacuum Sealing System. Two runner-ups will also receive the Ultimate Father’s Day Prize Package.