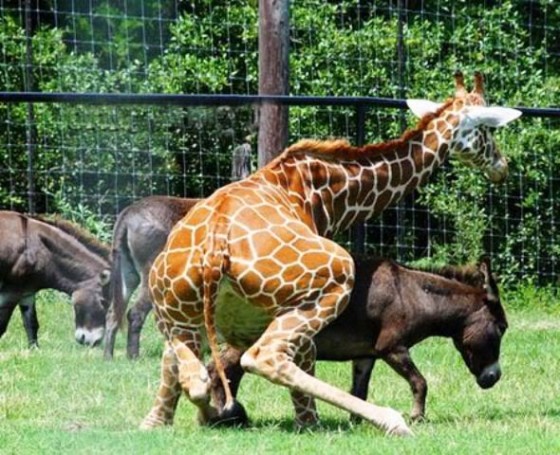 When you spend all day on the Internet it is only a matter of time until you come across a picture of two animals having gay sex. (There are quite a few of them out there.) Which led us to think that the argument by the moral majority that homosexuality is wrong and unnatural could not be true, because if it is unnatural then why does it occur so often in nature? We’ve amassed a database of photographic evidence below that proves that homosexuality is not only natural but often times can be quite hilarious. We think you’ll agree.