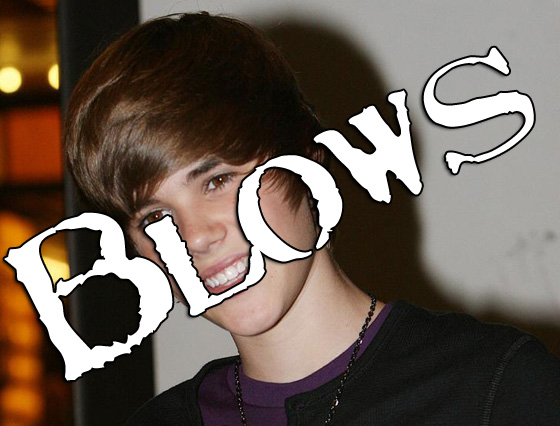 Can I make a prediction? This 16-year-old singer, Justin Beiber, who I suffered through listening to on Saturday Night Live, will one day come out of the closet, ala Ricky Martin, and declare he’s gay.

Now, that’s not a problem, as no Gunaxin writer is homophobic. However, we hate lousy, catchy, sell-to-pre-teen-girls music, and Justin Beiber is a glaring example of it, following such popcorn acts as New Kids on the Block and N-Sync.

The Internet is already buzzin’ about Beiber’s homosexuality, as people keep asking ‘Is he?‘ on Yahoo Answers and Wiki Answers. In fact, a rumor came out that he told Oprah that he’s gay but there was no merit to the report.

Regardless, I’m willing to bet he’s popular within the gay community, and he will one day end up on topgaysongs.com. In the meantime, regardless of his sexual preference, Gunaxin stands firm on disliking this lousy music. Bad music is bad music.

But if it’s true, here’s how it will play out: