Sports > Fighting > Meet the Boxer with an Iron Chin

Meet the Boxer with an Iron Chin 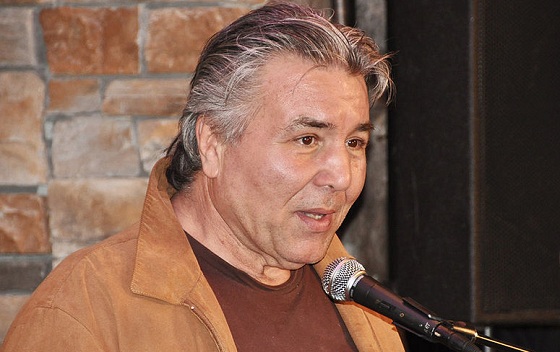 That up there is George Chuvalo, a boxer with the toughest chin in the history of boxing. No, seriously. He survived 93 fights and pummelings from the likes of Foreman, Ali and Frazier, and throughout was never once knocked off of his feet. Just consider that even Ali, the finest boxer the sport has ever seen, suffered four knock downs in his career; that’s 30 fights shorter than Chuvalo’s. 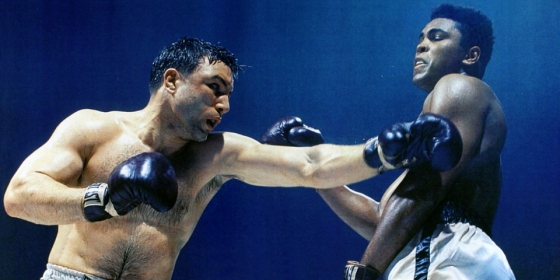 Below is a video of him taking a brutal beatdown from Joe Frazier, in which Chuvalo had his eye socket shattered. Something that would leave most mortal men and even most other boxers as a bloody husk of a human being only able to communicate through wimpers and messages written with their own fear piss. Chuvalo took it like a man, got reconstructive surgery and kept fucking boxing!

After a fight with Ali, in which Chuvalo took more shots to the body than Hitler in the final scene of Inglourious Basterds, Ali was quoted as saying, “He was the toughest man I ever fought.” But the most badass quote came from the man himself, when the referee stopped a fight between him and Foreman — mainly due to the fact Chuvalo’s face looked like raw meat with a dick drawn on it — Chuvalo screamed at the ref quoted as saying, “What are you, nuts?” 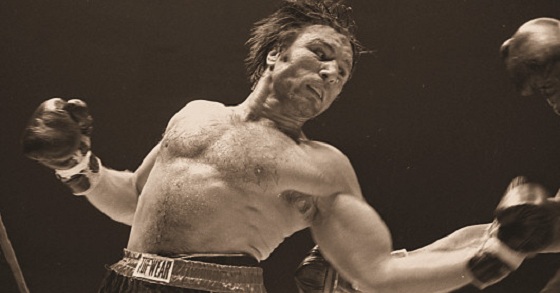 I’m not finished punching my initials into his face yet.

But what sets Chuvalo apart from other boxers is that his toughness transcends the ring. Outside of boxing he lost his three sons to drugs, a normally devastating blow for anyone not called George mother fucking Chuvalo. Instead of grieving like a normal person, Chuvalo decided to spend his twilight years punching drug addiction to death by lecturing school children on the dangers of drugs and addiction. And let’s be honest here, if a man who could take a straight punch from Ali told you to not do drugs, you’d either stop doing drugs or be eye punched in the groin until your shin bones explode from your body out of sheer terror.

If you have some time free, we highly recommend watching this documentary on his life, because holy shit.