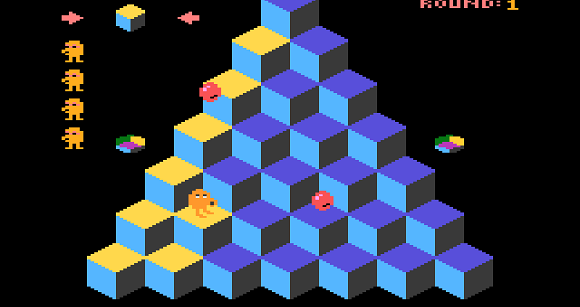 If you don’t recognize the image above as a still from Q*bert you either never played it in the arcades or didn’t see Wreck-it Ralph. Either way, we’re ashamed of you. Seriously, go see Wreck-it Ralph, it’s like having Disney make love to your eyes with a dick made of nostalgia. Of course, like with many games, Q*bert has spawned dedicated, diehard fans. Today we’d like to pay tribute to the most diehard-est; George Leutz.

But here’s the thing, Leutz has tried and failed to beat this record no less than 3 times in the past 30 years. One time he failed due to sheer fatigue and another because someone unplugged the machine. Said person quickly became a candidate for the person to sustain the most amount of ball kicks in a 30 second period. In short, this guy has lived and breathed Q*bert for the last several decades. Check out this picture of George from an unspecified amount of time ago. 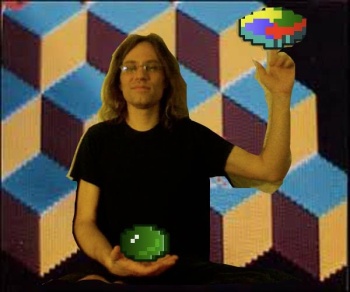 Look at the hunger in that man’s eyes, sure he’s no spring chicken but he’s still got some gas in the tank. Now compare that to this picture of him after just completing his record. 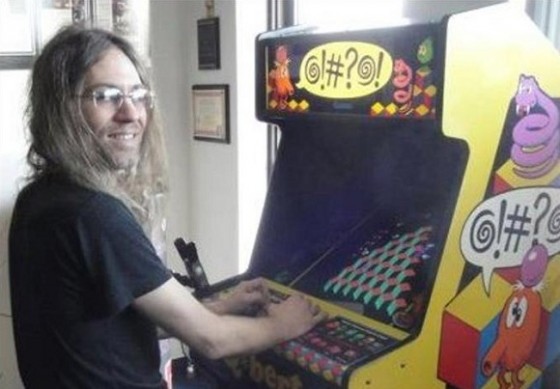 He looks like a serial killer who went to a fancy dress party as a child molester. Sure he’s probably tired from that 80 straight hours of sitting down, but look at his hair. Rogue’s hair didn’t go that white after Magneto nearly killed her with super magnetism. How much Q*bert has George had to play to turn from a nerdy Adonis into a malnourished version of The Ripper from Last Action Hero? 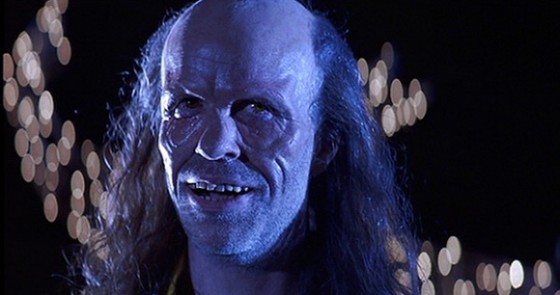 George, for your sheer dedication to the world of Q*bert we here at Gunaxin salute the fuck out of you and your presumably claw like appendage you call a hand. If anyone deserves this record it’s you, hell the guy you beat didn’t give a shit about it, you do. So kudos to you and your massive gaming balls.

Here is video of George discussing an attempt in 2011 :