Media > Movies > Did George Lucas Butcher the Audio in the Original Trilogy Blu-ray?

Did George Lucas Butcher the Audio in the Original Trilogy Blu-ray? 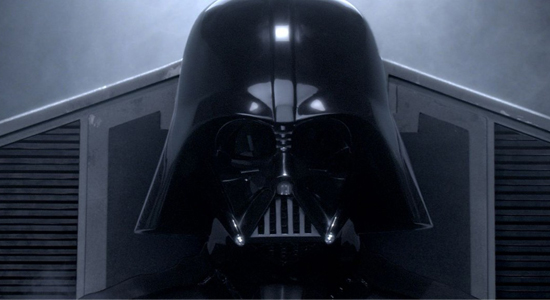 I’m not a Star Wars nerd by any stretch, so I don’t get up in arms when Georgie boy Lucas pulls the carpet out from under his legions of fans and makes changes to DVD/Blu-ray versions of his beloved/hated trilogies. That being said, if the following bit of news is accurate, Lucas deserves to be flamethrowed by the masses.

The intrepid gang over at TheForce.net have uncovered a couple of changes to the audio track in the Blu-ray releases of Star Wars and The Return of the Jedi. The one that rubs me raw is the addition of Vader screaming “Nooooo!” right before he chucks the Emperor into the abyss at the end of Jedi.

Now, this clip could be completely bogus. Nobody seems to know for certain, but here it is:

Sounds legit to me. Then again, I know enough about editing to realize it could be a fake. If this is Georgie’s attempt to link the young and old Darths, uh, it fails miserably and is completely unnecessary. The original scene works because you can see Vader struggling with the notion that the jerk Emperor is killing his son, and he’s like, “Aw, no you don’t, bitch!” Except he doesn’t have to voice it because it’s understood. And Lucas wonders why people find him repugnant.

[Via /Film and a bunch of other sites]