George Lucas in Love and the Conception of Star Wars 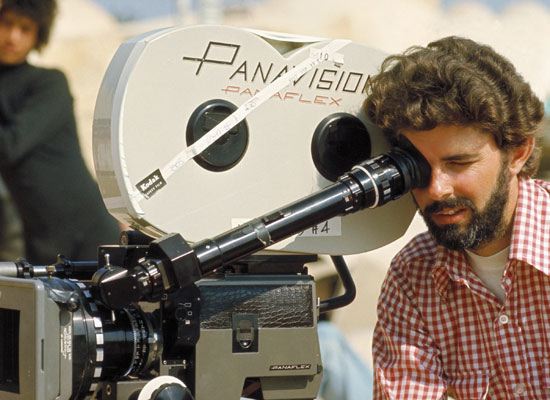 Most fans probably imagine that The Star Wars universe was conceived entirely in the mind of its creator, George Lucas. But if Lucas has proved one thing over the years, it’s that he’s really just not that creative of a guy.

Whether it’s the colossal failure of Howard The Duck, in the stilted dialogue of the Star Wars prequels or, God forbid, the Star Wars novels,  Lucas has proven time after time that when you take away the facade of his special effects mastery he’s an altogether mediocre filmmaker and writer. So how did lightning strike in the first place?

Well, long ago, on a campus far, far away (actually not that far if you live in Los Angeles) a young George struggled to complete his feature script about intergalactic space wheat that would eventually become the most celebrated science fiction film trilogy of all time.  But what he found was that the inspiration he was looking for was sitting right in front of him the whole time. Consider the host of characters on campus that would become memorialized in Lucas’s script:

This is the story of that tale, as dramatized by filmmaker Joe Nussbaum in his 1999 short, aptly titled, “George Lucas in Love.” If you haven’t seen it before be prepared to be amazed by this true tale of….

Wait a second, wait a second. Now the crack fact checking team here at Gunaxin is telling us this is a work of fiction and that events depicted are entirely interpretive, exaggerated and otherwise made up. Really? Seriously? So you’re saying Lucas came up with Star Wars on his own? We don’t buy it.

You know what, say what you will, but we refuse to believe that Star Wars was conceived in any fashion other than what’s shown in the video below. And even if it was, we don’t want to know about it.