Media > Television > George Romero’s Zombies Are Better Than Your Zombies

George Romero’s Zombies Are Better Than Your Zombies 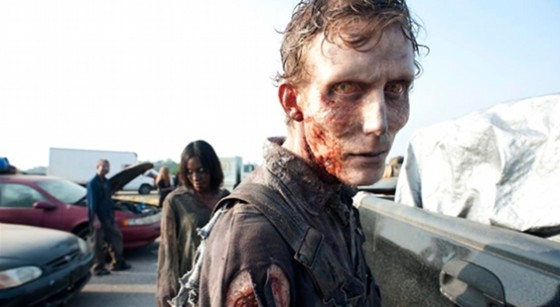 As the well-deserved praise being heaped upon last Sunday’s smashing season 2 premiere of The Walking Dead continues to pile higher, now is the opportune time to get George Romero’s take on the series. One problem: he hasn’t seen an episode. While chatting with the io9 gang, the King of Zombies revealed watching the first season remains on his to-do list.

I love the books, I haven’t seen any of the episodes. Listen I love Frank [Darabont], I know he’s done a good job. I love the books, I never watched any of the episodes because… my zombies are sort of my own. I didn’t want to be part of it. Producers called and said, “do you want to direct some of these,” and I said no. Because I just didn’t think it was me. I’ve been waiting to see the whole first season, which I missed because I’ve been traveling. I’ve been waiting to look at it, but I haven’t seen any of it.

Reading between the lines, Romero doesn’t think much of other people’s zombies. His zombies are different, and by different, I think he means better.

My zombies are purely a disaster. They are a natural disaster. God has changed the rules, and somehow this thing is happening. My stories are about the humans who deal with it stupidly, and that’s what I use them for. I use them to sort of make fun of what’s going on in a number of societal events. And that’s it, I don’t use them to just create gore. Even though I use gore, that’s not what my films are about, they’re much more political. That’s it.

Yeah, kinda like this scene from 1985’s Day of the Dead. It has nothing to do with gore. It’s all about politics, man.

Look past the throat-ripping, arm-chewing and dismemberment and you’ll see a pointed commentary on unlawful imprisonment. Wow, Romero was right. The gallons of blood and buckets of viscera really are secondary to the political message… man.

That being said, Romero might be surprised by the amount of subtext in The Walking Dead. Sure, it’s about brain-bludgeoning and firing crossbows into eye sockets, but it’s also about maintaining moral codes in a lawless society overrun by monsters. If he actually watched the show, he’d know that.