Sports > Hockey > Georges Laraque Has Found Himself A New Job

Georges Laraque Has Found Himself A New Job 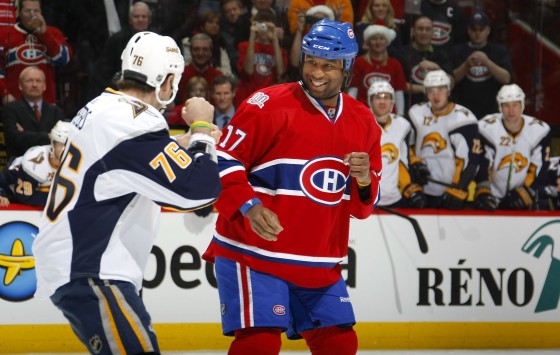 I guess when you’re so tough that nobody is willing to fight you, you take whatever work you can. The circumstances surrounding Laraque’s dismissal from the Montreal Canadiens were cloudy at best, but it appears as though he’s found himself a new employer:

Maybe if an NHL team really needs to add some toughness, they’ll call Laraque. At least we hope so, because it’s much more entertaining watching him do this: