Gerard Butler has the Best Stories

Gerard Butler is an actor best known for having a face so rugged and attractive to the opposite sex, they legally can’t put a photo of him near laminate flooring otherwise it’ll create a slipping hazard. However, he’s also a man of a thousand great stories. Here are three of the most awesome.

3. He was almost dubbed a terrorist. 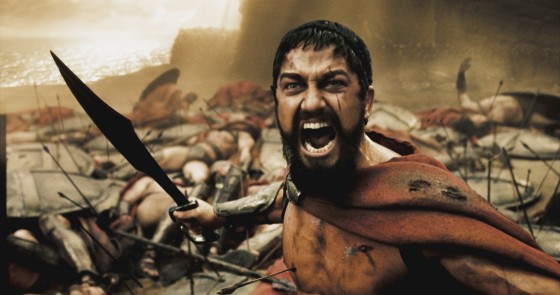 Just after filming the final scene of 300, in which (SPOILER) he kills a bunch of people like a real OG before dieing like a real OG, Gerard was left with a pretty messed up set of hands. As he explained in his Reddit AMA, in order to get into the right mood for the scene he basically punched the shit out of the ground like it owed him money. 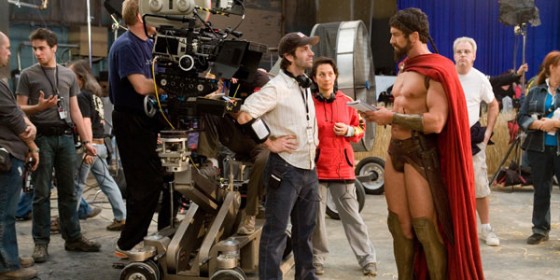 Since filming this scene was his final day of shooting, he ended up at the airport with hands that looked like he’d tried to give a tiger a happy ending. For some reason the rippling bearded man with a tan and cut up hands struck airport security as suspicious and they took him for questioning, causing Gerard to miss his flight.

The next day he came back to airport and tried his luck again, only this time he wore gloves. Yep, that’s how easy it is to fool airport security folks.

2. He has a toilet named after him. 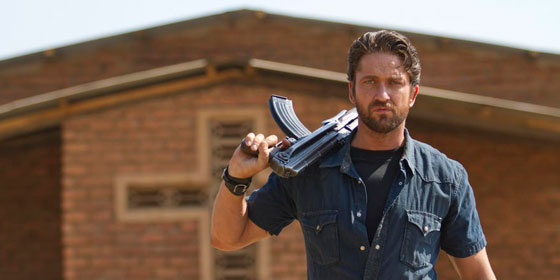 Not a public toilet, or anything like that, but an actual toilet in an office building somewhere in Michigan. As you can see Gerard himself explain in this video, while filming Machine Gun Preacher, in which (SPOILER) he kills a bunch of people like a real OG, Gerard really needed to take a leak.

As no toilet was available, he used the only other one he could find in a nearby office building. Upon seeing King Leonidas himself stroll in, the employees quickly lost their shit (something Gerard found to be rather offensive considering what he was there to do) and named the toilet in his honor. 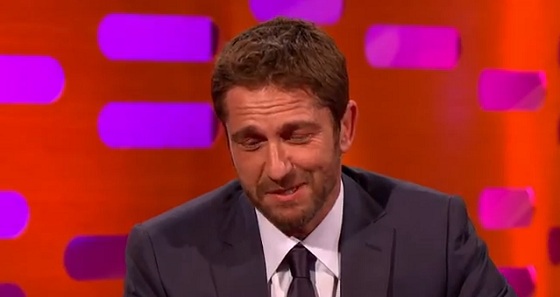 We’re going to go out on a limb and assume that this is his poop face,

Because come on, who wouldn’t want the place where people get drunk and climb inside each other at the office Christmas party named after them?

1. He partied too hard to be a lawyer.

Though he hides it rather well beneath his gruff, loveable exterior, Butler is the owner of an incredibly sharp legal mind that can probably shoot justice lasers if he so desires. In other words, before becoming an actor he was a fully qualified lawyer . 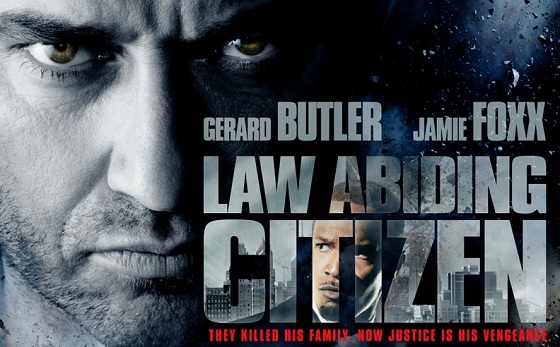 We should have known, the clues were right there!

However, he literally partied too hard to make it and was fired for being drunk, well, all the time. He was also in a band entirely composed of other lawyers, because that’s just how Butler rolled in those days. This is a guy who spent a month drunk, not just drunk, but Irish drunk, the purest form of drunk. 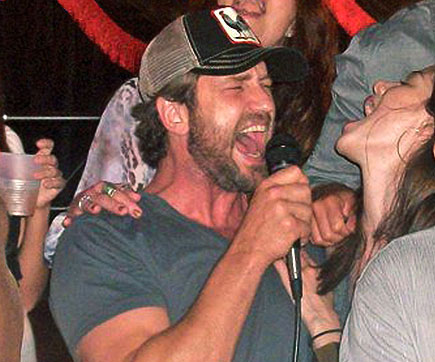 Damn do we ever want to go drink with Gerard Butler right now. If only because he’d probably explode in the middle of the dance floor and end up in the Harry Potter remake somehow.