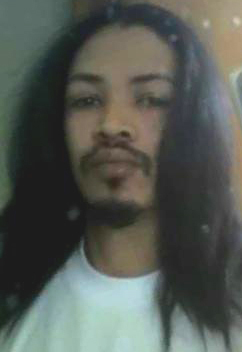 On Dec. 16, Twitter user @OriginalCJizzle tweeted that CNN had reported that actor Morgan Freeman had died. Soon after, thousands of people were discussing the death of Freeman. There was one problem: Freeman wasn’t dead.

Because of the nature of Twitter, it is extremely easy to start a false rumor and have it go viral. It’s extremely easy for legit media to retweet it, which is also unacceptable.

“@CNN: Breaking News: actor Morgan Freeman has passed away in his Burbank home”

While it’s true that people need to check their sources, there is no excuse and no benefit to making something up and acting as if you were just passing along the information from another source. If you want to start a hoax and try to fool thousands of people, wait until April Fool’s Day, and at least make it funny. Saying that someone had died is not funny. What if his family had seen it? Imagine if someone told your mother that you had died, only for her to find out later that it wasn’t true.

@OriginalCJizzle apologized for the hoax, but did prove two things. 1) He is a jackass, and 2) There are no consequences for spreading lies on a platform built for mass communication. Considering he’s been tweeting since the incident, it seems like he’s now basking in his newfound celebrity.

It’s fairly amazing that hoaxes like this don’t happen more often on Twitter. But when they do happen, the perpetrator typically defends his actions by saying that he was just trying to prove that people need to check their sources. That would be like breaking into a house only to prove that the home owner needs a burglar alarm. Tweeting lies is the 21st Century’s ‘Boy Who Cried Wolf.’

Twitter should kick him off. Twitter should also kick off Washington Post reporter Mike Wise, who was actually a trusted journalist before pulling a similar scam over the summer. If not, then Twitter will eventually turn into absolute anarchy, as more fools will try things like this. Until then, @OriginalCJizzle is the poster boy for what’s wrong with Twitter, and ought to remove himself from the forum.