Grub > Beer > Get Tore Up From The Final Four Up

Get Tore Up From The Final Four Up 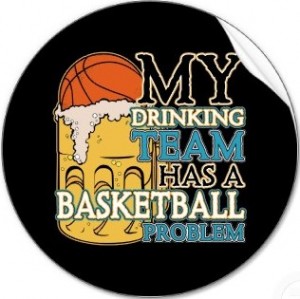 So, maybe you’re not going to play the NCAA brackets this year. Okay, also maybe you’re a pussy. But I’m not here to judge. But, let’s assume for a second you do like beer. You do? Alright, I guess I feel a little bad about that pussy comment earlier. Anyway, since you like beer anyway (as well you should) why not play Beer Brackets? That’s right, Draft Magazine is featuring – you guessed it – 68 beers that you, too, can pick to make it to the end just like NCAA! Click on the link above to play, and here’s a quick shot of what it looks like: 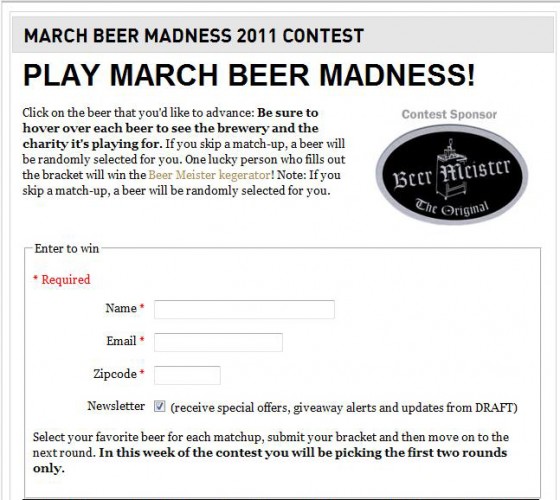 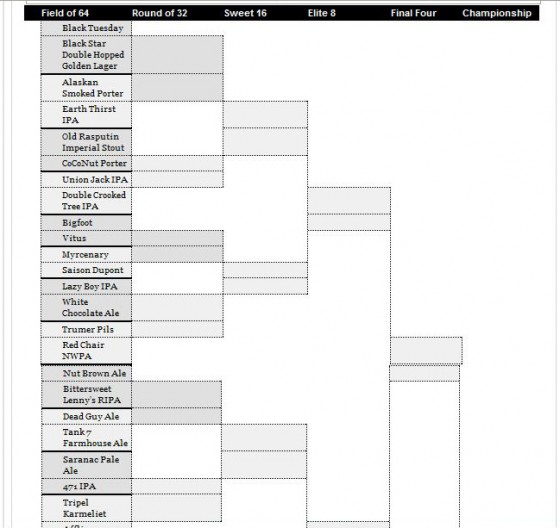 How cool is that? Yeah, very is right. Oh, and just in case you were wondering, yes, the following awesomeness can happen: “Win a kegerator! One lucky participant in our March Madness 2011 contest will win a Beer Meister Kegerator.” So that should be all the reason you need to play. Beer is fun!