Humor > Lists > Getting Your Child Ready For School the Right Way

Getting Your Child Ready For School the Right Way 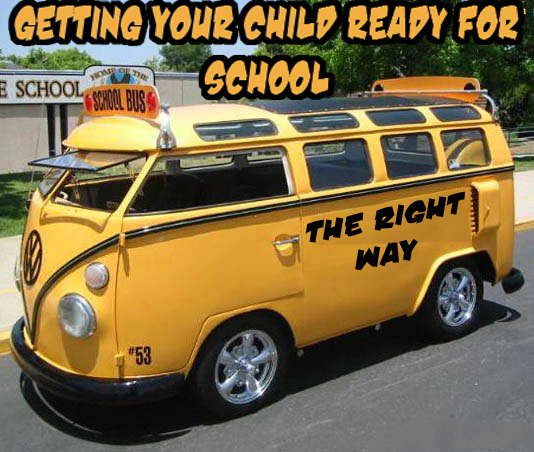 Well folks, it’s August 11th, and we (as parents) all know what that means, right? It means that Friday is the 13th! RUN! No, not that. Though that is a legitimate concern. What I’m actually referring to is the impending onset of the First Day of School! Yes summer is officially gasping its last breaths and pumping out the remainder of its big, long, hot days just as it gets ready to go into hibernation under the guise of autumn. We love autumn: the days cool, the nights are much nicer, the incessant drone of insects wanes just a bit, the leaves begin to turn, and all the little annoying brats go back to school. So, assuming you have kids, what can you, as a parent, do to make them more comfortable (see: acceptable) as they return to their banes of existence? Well, maybe I can help… 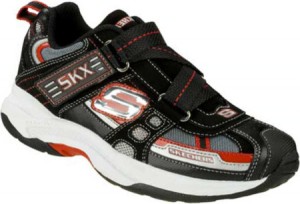 One of your child’s most prominent and proudly displayed status symbols is his or her shoes. Now hopefully you haven’t lost your once strong level of coolness that used to assist you in deciding the major differences between Zips and Adidas. If just enough of your childhood remains, then it should be no problem discerning what is ‘in’ this year, because it sure isn’t what you think. My suggestion is to watch TV with your little boogers and you, too will see where you have already gone wrong in your shoe thinking. Girls like ‘Twinkle Toes’ and boys like ‘Z-Straps’. What the hell? Well, they’re both manufactured by Skechers (which used to be LA Gear, believe it or not… ya, you remember those) and, if you believe TV -and you should- then these are the shoes you’ve got to get lest you open a rift between you and your kids that can never be filled except by excessive drinking and a lifetime of empty apologies. Remember: kids below 12 don’t know how to look one another in the face while speaking, so it’s the shoes they’ll be staring at. My kids are all set, how’s yours? 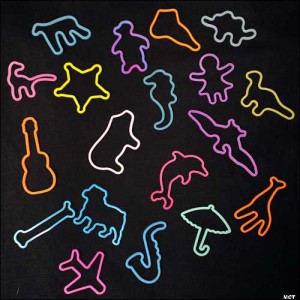 The differences between boys and girls are numerous and varied and nearly impossible to figure out. But one thing you’ll find as soon as your daughter hits the halls of her school is what each and every other girl is sporting to accessorize and accentuate her coolness. Back when I was young, it was always head bands and Scrunchies all day long; the more sparkly and colorful the better. Girls and their hair… am I right? Anyway, a fad that began last year in some states and has since worked its way to every school in the nation is that of the rubber-band-like shaped bracelets. Let me elaborate: they’re quite colorful, come in a vast array of fun shapes from elephants to daffodils, and a reminiscent of rubber bands though slightly stronger. These crazy things have actually been banned in certain schools as they apparently draw girls attentions away from learning about Pre-Cold War Hungarian Politics and long division. My daughter is almost 5 and she loves them. And I’m gonna let her have twenty of them at once to wear to her school because I care about education! 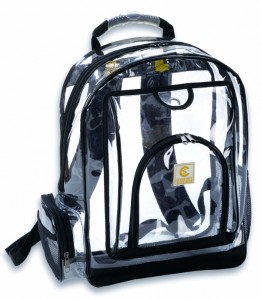 Strangely, one of the most important status symbols is your child’s backpack. Yes, a bag that, once in the classroom, generally gets hung away in a cubby or on a hook with their jackets is nearly as important as their clothing. You see, a plain, non-descript Dollar Store bag is definitely not going to cut it. Now I’m not saying you need to shell out a hundred bucks for one of those knapsacks with the sixty pockets that you could potentially live out of were you to find yourself lost in a forest, but you really should look into dropping 20 or 30 bucks on a strong bag (it’s gonna get dragged) with some kind of cool design emblazoned thereon. I don’t really know yet what images are in this year, but I’m considering bags with ridiculous Japanese characters and busy, repetitive markings that mean nothing to me for my boys, and probably something with iCarly on it for my girl. Hey, I’m hip… right? Oh, and it behooves you to consider clacking trinkets with which to adorn said luggage. Children love that kind of stuff. 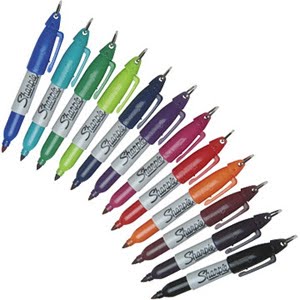 Most schools issue lists of supplies your child is really going to NEED either on the first day of school or else, as with us here in Michigan, in the mail with the assigned teacher. Not actually the teacher, that’d be weird and probably highly gory finding him or her crammed in your mailbox… but I digress. I have found that it’s really unnecessary to gather each and every item on these lists. Most require you to buy such useless things as: a ruler, glue sticks, Dry-Erase markers, pencils… all of this stuff is readily available and far easier to get from your child’s teacher. See, what you really need to get them are things the list doesn’t cover: Sharpie markers in ever conceivable color (preferably the mini ones), a sweet binder like the Trapper Keepers of yore, a pencil box on which one can attach a vast array of stickers, and the coolest various-shaped erasers one can find. These are the really important things. And besides, since you’re not spending the hundreds you’re supposed to on the list, you’ve just bought a twelve-pack! Smarty. 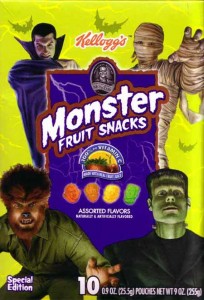 Nearly every school requires your child to come equipped with a snack for mid-day munching. Some schools have a few snacks on hand like animal crackers or a crudite platter. But, unless you want your kid to not only look like a fool but also not be part of one of school’s most important learned lessons (trading), then I suggest you keep a constant supply of kick-ass snacks at your disposal. Fruit Snacks in their various brands are a big hit, also those cheese and cracker packs that come equipped with the red plastic ‘knife’ are cool. Definitely any kind of chocolate-covered granola bar is a well thought out plan, as is pre-sliced apples and (and this is important) caramel sauce. Now these are all considered ‘healthy’ snacks which are a prerequisite in many schools. However, if you’re lucky enough to be involved in a school that doesn’t give a crap and you aren’t allowing your kid to bring whole bags of Oreos or Fun-Sized candies, you have failed as a parent.