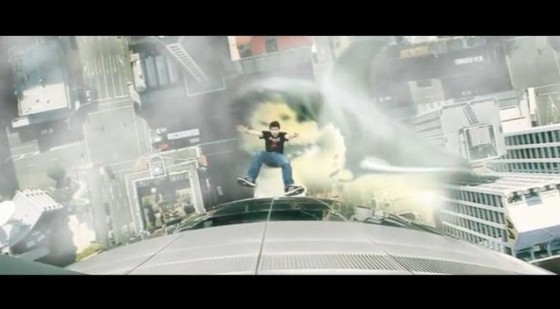 Besides Peter Jackson’s early films, I’m not too familiar with New Zealand cinema. Methinks I need to get off my ass and expand my horizons. Especially after hearing about Ghost Shark 2: Urban Jaws. Just in case the title isn’t a dead giveaway, here’s a brief plot description (via io9):

When Ghost Shark escapes from his extradimensional prison to terrorize Auckland, Mayor Broody calls in an expert ghost shark hunter to protect the citizens and finally defeat the creature.

I spent six months in an extradimensional prison and let me tell you, it ain’t no picnic. The threat of being gang raped by neo-Nazi ghosts is palpable, and getting cigarettes is a bitch. Nevertheless, this flick sounds and looks wonderful. Any movie that uses Jaws as inspiration is awesome in my book. Here’s the trailer.