Ghost In The Shell : Review

It’s a pretty decent Blade Runner / Matrix / Fifth Element blend that will no doubt draw criticism from hardcore manga fans, but to me Ghost In The Shell is stimulating enough visually to warrant a view, if not necessarily required theater fare. I am not of the fanatical ScarJo camp, she who’s managed to get through the last several action/thriller with scarcely a twitch in expression (the mess that is “Lucy”, and the artsy and eerie “Under the Skin”), but she’s certainly capable of heading a serviceable sci-fi flick. 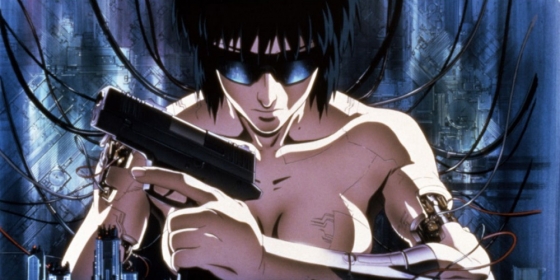 Written by Jamie Moss, William Wheeler and Ehren Kruger based on Masamune Shirow’s Dark Horse graphic novel and subsequent anime films, Ghost in the Shell feels conceptually incomplete, and if that means there will be a sequel it’s doubtful that it will hew any closer to the source material.

At the same time, director Rupert Sanders has taken on a heavy task, attempting to convert such an obscure and revered piece of social commentary to our current age of technology, one that is a lot more timely to the core of Shirow’s complex and dense world; the line between fact and fiction is blurring, much like the delineation of human and robot in this movie. 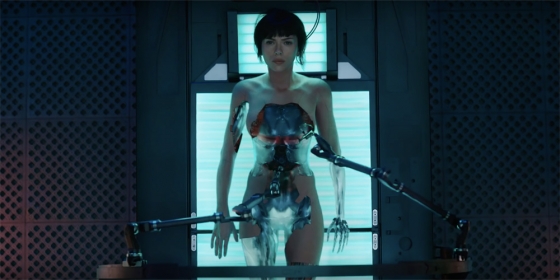 The most extreme example is Johansson’s Major, a sleek robot with a transplanted human brain, though one wouldn’t know by her lack of emotion. Her past a mystery, the accident from which she was saved a mere blur, Major is an operative for Section 9, an anti-terrorist unit run by an oracle-like figure (Takeshi Kitano, absolutely fantastic in his few scenes) for which she and frost-haired partner Batou (Pilou Asbæk) track a formidable cyber killer who has infiltrated and murdering  executives of the tech company who pioneered the soul salvaging experiment from which Johansson’s character was spawned. 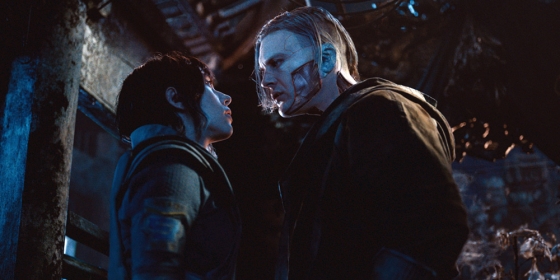 In some parts sterile, in others grungy, the film translates into an interesting experience, more than a simple action flick but far from cerebral. Admittedly, the anime original is a hazy memory for me, and Sanders’ version has tread marks from the cog of Hollywood that doesn’t quite befit the theme that struggles to surface. 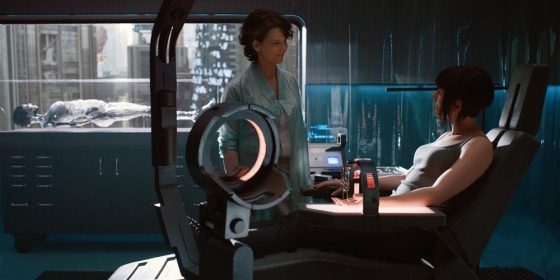 The wonderful Juliette Binoche plays the scientist who cares for Major when she needs a tune up, (or the occasional memory wipe). Probably the most human of the characters, if not then second to Asbæk’s loyal, dog-loving paramilitary side-kick/hero, Binoche clearly wants to act—sometimes difficult in a place where almost everyone has some sort of synthetic appendage or USB port in their head—not to mention a cardboard-thin villain who is reminiscent of the corporate creep in the most recent “Resident Evil” chapter. 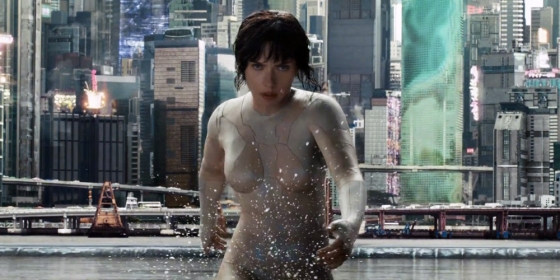 But if you’re in it for some cool action, Ghost won’t be hard to sit through. The presumably Japanese landscape makes present-day Tokyo look like some dark corner of the Earth, and the action sequences are tightly wound and aesthetically stimulating. Back when “Johnny Mnemonic” came out, this sort of thing fell safely in the realm of science fiction, while now filmmakers have to reach much further to achieve the purely fictional aspect of the genre. 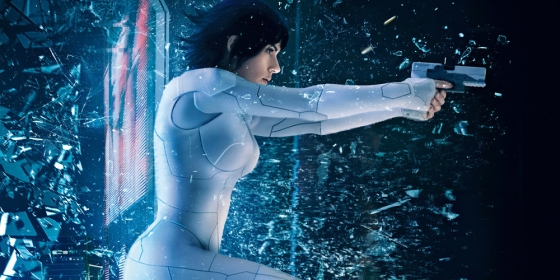 Invisible battle suits might still be beyond the purview of even the most cutting edge scientists, but mind-hacking and giant networks in which humans can all but telepathically connect doesn’t feel that far beyond online gaming. The updated Ghost in the Shell is perhaps more relevant now, or could have been, if the filmmakers had done a little more with the premise. But settling for fun futuristic eye candy with some very well choreographed fight scenes, it is at least above average. That said, it might be nice to see Scarlett break from her rigid, artificial mold for the upcoming raunch-comedy “Rough Night”.

Ghost in the Shell