Ghostbusters Returns to Theaters in October 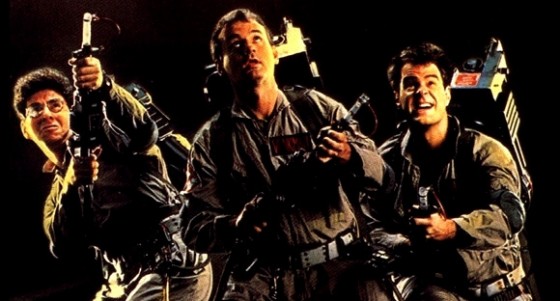 If there’s something strange at your local theater this October, who you gonna call? Ghostbusters! That’s right Slimer and Gozer fans, the 1984 supernatural comedy is set to be re-released for three consecutive Thursday nights next month, just in time for Halloween. Now, before you dust off that 25-year-old Proton Pack, there’s a caveat. The flick will only be shown in a select 500 theaters across this great land we call the US of A. Enlighten us with knowledge, oh great and powerful Sony PR department.

Get ready for mass hysteria! This October, Sony Pictures Repertory celebrates the original movie Ghostbusters, its franchise, and its fans by bringing the quintessential modern classic back to theatres for a special limited engagement of one showtime one night a week. Starting on Thursday, October 13, 2011 and continuing every following Thursday in October 2011, fans together will be able to see their favorite paranormal psychologists back on the big screen as they save the world from ghosts, ghouls, and Mr. Stay Puft.

If you live in let’s say, Austin or Miami, you’re probably golden. However, if you’re trapped in some one-horse town like Tumbleweed, Iowa or Podunk, West Virginia, you’ll have to settle for watching it on your shitty Panasonic television like all the other unworthy rubes. Or, if you’re really industrious, you could dupe one of your nitwit pals into driving you to the nearest big city, then ditch him at the multiplex while you head to the nearest strip club.

Whatever. The only reason I posted this bit of news was so I could include my absolute favorite scene from the movie. Human sacrifice, dogs and cats living together, mass hysteria!