Media > Movies > Ghostbusters Versus The Grinch

Ghostbusters Versus The Grinch

There is actually such a thing as watching too much TV. I know that it seems like a weird statement that practically no one says, but it might actually turn out to one day be a … thing. As a matter of fact, you can watch something so much that it might start to blend together in your mind with other things. I am pretty convinced that the sharing of these types of things is the primary reason why the internet was created in the first place. If it was all about keeping up with your family, then that is what claiming your phones have a low charged battery is for.

Around this time of year, you are going to see two things pop up. The first is How the Grinch Stole Christmas in one form or another based on the classic book by Dr. Seuss.

Another one would be the original film Ghostbusters as well as its somewhat less original sequel Ghostbusters 2. I can’t explain why exactly they started to meld together in my mind. It might be that Zuul actually sounds a little bit like “Who.” The fact is that once the melding started, it got hard to stop. You get the wild idea that somehow the Ghostbusters taking on an army of Seuss inspired Ghosts was somehow intentional. Maybe they were just watching a lot of holiday specials during the design phase,

You can of course curse me and call me an idiot. Believe me, it is something that I am used to when going through the wonders of the internet. The thing is that you cannot manage to unsee it in your mind once you have clicked on the link. You start to scroll down and work your way to the next image. Eventually, you are talking about it at some party to your groaning drunk friends. It does not matter how sick the implications of the whole thing actually is. This would be a case in point.

You see. Once that connection is made it your mind, it is simply there. There is a lot to process here. Cindy Lou Who grew up to be really hot. 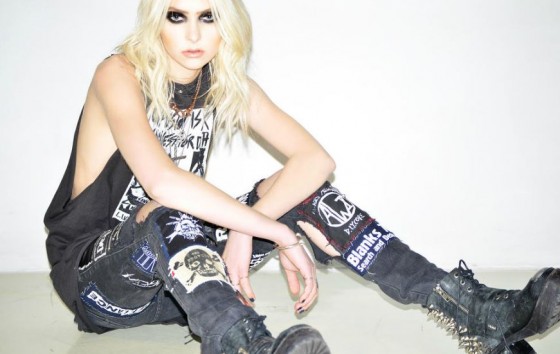 Sadly, she died at a relatively young age. Her ghost is still a bit frisky and eventually finds Ray. There is then an implied scene of oral sex. See what missing one Christmas possibly centuries ago can do to you even in the afterlife? Its terrible.

Incredibly, your mind will actually start developing sort of a backstory to put it all together. Somehow, the denizens of Whoville (even with their friendly relations with the Grinch) became a terrifying extradimensional footnote. You can even argue that Whoville wants to be real like the subplot of that Cool World movie that you never watched.

In the proper context, you will be arguing this entire point to your friends at some God awful coffee house where you believe that the universe is asking you to solve its problems from. At any moment, a diplomat could walk into a coffee house just outside your college campus and gather up all of your napkins because it constitutes a really sensitive redrawing of the Bosnian border.

Like this would be the moment in which you would argue that the Thing I is actually a character in the Cat in the Hat and not The Grinch Who Stole Christmas. It sounds silly but you have now accepted the initial premise. Do you know what we are arguing about now? We are arguing about rules. Does it encompass a more Suessical universe in general or does it simply go to the Grinch? Of course, there was also a special in which the Grinch actually met the Cat in the Hat. Once you get into the discussion on any level, then that would be when the internet writers win.