With a Marco Scutaro single the San Fransisco Giants completed a 4-3 win over the Tigers on Sunday night, winning the 2012 World Series. The four-game sweep gave the Giants a World Series win for the 2nd time in three years, and the 7th time in franchise history. The 21st sweep in history, this was the first by a National League team since Cincinnati defeated Oakland 4-0 in 1990. 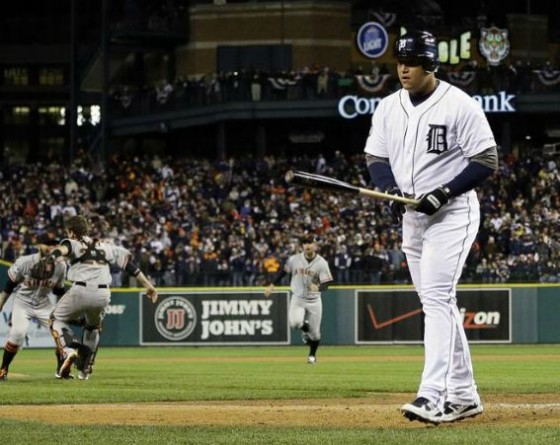 Light hitting middle infielder Ryan Theriot, a surprise starter at DH, scored the game winning run on Scutaro’s hit to center. This was Theriot’s second straight World Series title, having been on the St. Louis Cardinals during their 2011 title run. Sergio Romo, who inherited the closing role when Brian Wilson missed the season with an injury, secured the win with a 10th inning save. 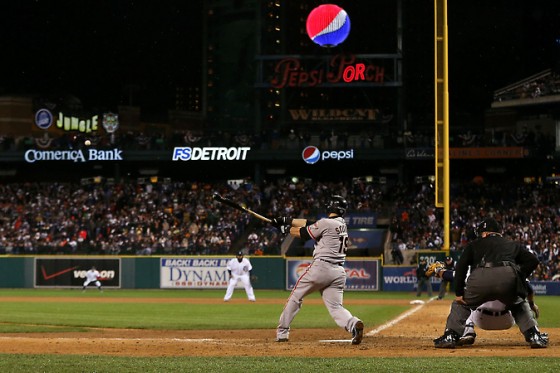 Pablo Sandoval, San Francisco’s hefty third baseman, won the MVP thanks to his three home run performance in game one and a .500 series average. The Giants’ win also makes Barry Zito, the poster child for bad contracts, a World Series winner for the first time after the Giants left him off their postseason roster in 2010. He was part of a Giants rotation, with Ryan Vogelsong, Matt Cain and Madison Bumgarner, that allowed only four runs over the four game series. 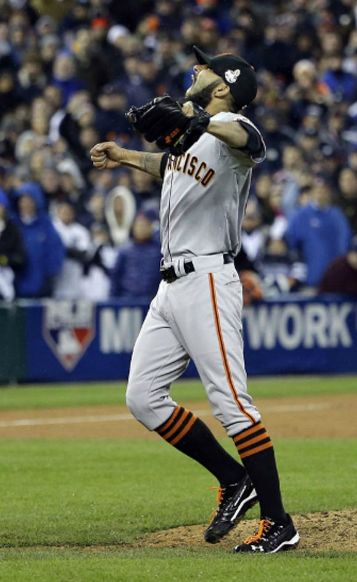