Travel > See > Gigantic Man Bursts from the Ground in Budapest

Gigantic Man Bursts from the Ground in Budapest 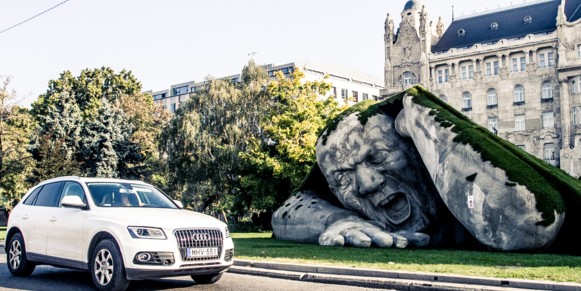 A gigantic man was seen recently as it burst from the ground in Széchenyi Square, Budapest, Hungary. Made from polystyrene, this massive sculpture was made by artist Ervin Loránth Hervé. It was placed there temporarily for the Art Market Budapest Contemporary Art Fair which was held in early October. Now we know what the Liliputians must have felt when Gulliver first appeared on their country’s shores. 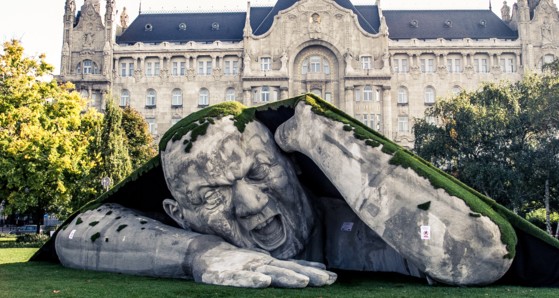