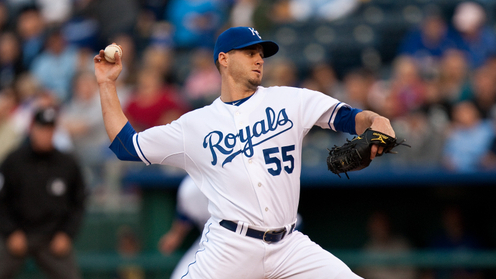 Gil Meche is more ethical than you.

First of all, we apologize for having two articles involving the Kansas City Royals this week. We promise it won’t happen again.

You’ve signed a contract guaranteed to pay you $55 million over the course of five years. You bang up your shoulder, requiring time to heal or limiting you in your abilities to perform your job. Do you keep collecting the enormous paycheck or quit because you can’t perform at your highest level?

Most of us would take the first option, but then there’s Gil Meche. Meche signed a hefty contract when he came over to the Royals prior to Kansas City’s 2007 season, and was due a solid $12 million if he reported to the team this year. Instead, he has walked away from the game, believing he could no longer help out the team and he was no longer deserving of his contract.

Meche was interviewed by the New York Times where he stated, “When I signed my contract, my main goal was to earn it. Once I started to realize I wasn’t earning my money, I felt bad. I was making a crazy amount of money for not even pitching. Honestly, I didn’t feel like I deserved it. I didn’t want to have those feelings again.”

Props to Meche for having a conscience – something that most athletes seem to be missing.

With his retirement, Meche not only waives an incredible amount of money but also does the Royals a huge favor by not taking further money out of their payroll. The Royals run a tight budget as is, but having to pay Meche for limited or even no services would be quite the setback.

While Meche’s departure is quite surprising, it would be nice to his moral awareness seen in other sports as well.