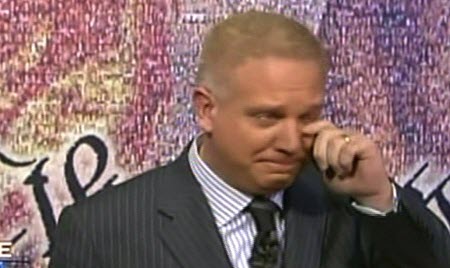 The capitalism in action is just...so beautiful...

53 cars were towed at a Glen Beck show yesterday, in what’s either a prank or a nasty stunt by the towing company to make money. It did, however, teach us something important; the tow company guy is an even bigger dick than we thought. Beck fans saw signs saying “Official Parking”, and when they came out, the signs were gone and the cars were towed, as the lot belonged to Kappa Sigma, a local fraternity who apparently like to be able to park in their own lot.

Also, Glen Beck shows apparently take eight hours, because that’s how long it took to pull these cars. Eight hours! How long does this guy talk?