It’s a Global Chicken Wing Shortage, But Not Really

By Bill Mothershead on February 1st, 2013 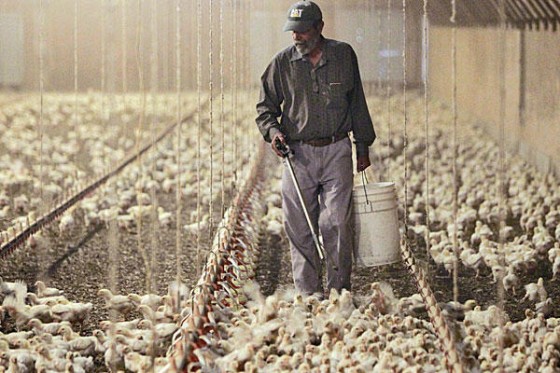 Nope, I don’t see any wings on these chickens. Move on now.

You may have heard there’s a global shortage of chicken wings from such stalwarts of truthful reporting like Fox News. Let’s be honest here, it’s FOX NEWS. There is no shortage of wings this year or any other year. It’s a CONSPIRACY to drive up the prices of our beloved chicken appendages so that instead of getting that 30 pack of PBR we can only afford the 18 packs.

The fact of the matter is that last year’s drought caused experts, we assume there’s such a thing as “chicken wing” experts out there, to proclaim that because of the drought, meats and dairy would go up in price. 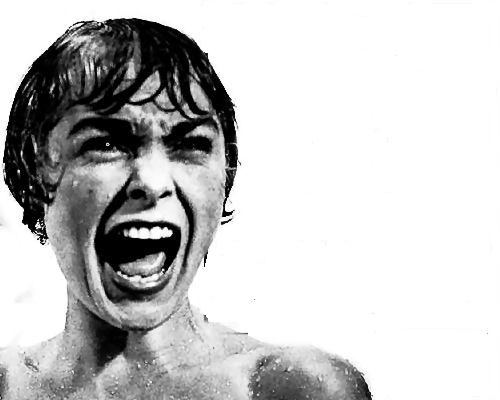 THE HORROR! We’re not sure if you bothered to price wings in previous years and compare it to this year’s pricing, (and seriously, if you did, you need to seek professional help) but you’re talking about pennies on the pound. It’s been reported that the price of chicken has gone up since last year by as much as a staggering $0.45/pound. HOW WILL WE COPE?

Unless you’re a Rockefeller or a Trump, you’re going to have to make massive cuts to your Super Bowl menu budget in light of this information. You will NOT be able to have the plastic kiddie pool full of buffalo wings and the accompanying vats of bleu cheese and ranch dressings. You will not be having a “who can eat all the hottest wings” contest, because that shit’s gotten expensive. Do you think forty-five cents just grows on trees? Well DO YOU?

Here are a few options you can consider to replace your game day wings with. And they haven’t gone up in price nearly as bad as chicken wings. 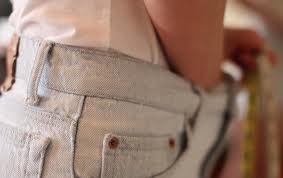 Seriously guy, you have some issues to work through.

Don’t, hey, put your pants back on you pervert. We’re talking about food here. Nobody wants to see your riblet today.

Pulled pork is simple if you own a slow cooker. It’s a great option because an entire pork shoulder should cost you around $12 for about 10 pounds of meat. Add a bottle or two of your favorite bbq sauce and some chicken broth, you can feed at least a dozen people easy. 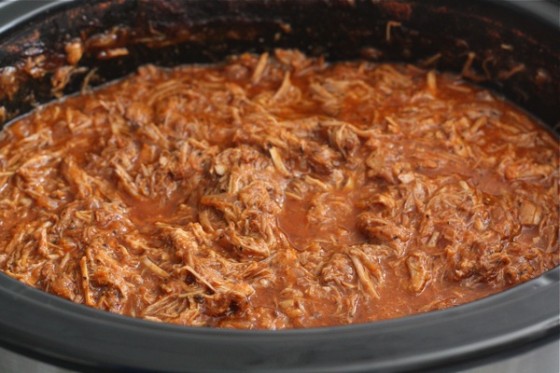 It’s almost proper BBQ, and with enough cheap beer, nobody will be able to tell the difference anyhow.

Here’s how you do it. Get you a pork shoulder, pork butt, boston butt, picnic shoulder, etc. Any large cut of pork will do. Take it home, throw it in your slow cooker and add enough chicken broth to cover the bottom of the pot by about an inch. Toss in some sliced onions, or onion powder, some garlic powder and a little salt and pepper. Cover it, and put it on low the night before the big game.

In the morning, you should be able to shred the meat with a couple of forks. Allow your guests to pile the pork high on sesame seed buns and add their favorite sauce to finish it off. Even if Big Tommy comes by, he’ll have enough to eat. Imagine if you were buying wings though. Holy shit, you’d need a second mortgage. 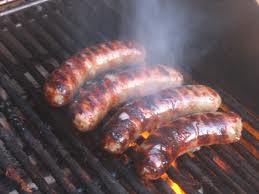 Dong shaped foods are always a hit with the average sports fan.

So you’re not too much into the barbecue scene? You don’t know what a slow cooker is? (Admit it, you thought it was the chef at the Special Olympics. You’re an awful person.) You can do Bratwurst. We already know you have beer on hand.

Go to the store. Buy a few packs of brats. Come home and dump them in a pan. Cover them with beer and let them come to a low boil. Now, take them out of the pan and either throw them on your grill or in a frying pan to finish cooking.

You’re looking for a nice amount of char here. While you’re boiling and charring your brats, you can slice up a few onions and peppers and toss them in a frying pan with some olive oil to cook down. Provide some fresh buns and spicy mustard. You’re a culinary king! (But you’re still a cheap bastard.) 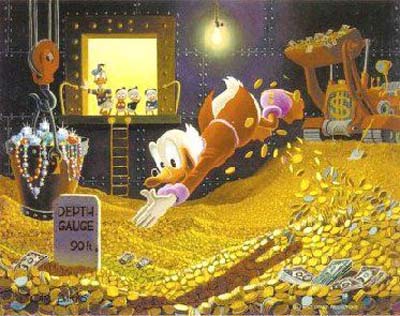 Seriously? You can afford wings AND cable?

Fine, you’re one of those trust fund kids. You have more money than God and you don’t mind throwing it around. You want wings. You don’t want wings from one of the restaurants though, you want your own, authentic “Buffalo-Style” wings that you made at home. Aren’t you special?

Here’s the drill. Get wings. Get oil. Peanut oil is the best for this. Also, forget about breading them, naked wings are where it’s at these days. Buy your favorite hot sauce, though for an authentic taste of the Anchor Inn in Buffalo, NY where these nuggets of poultry goodness were developed, you’ll want to stick to something like Frank’s Red Hot. 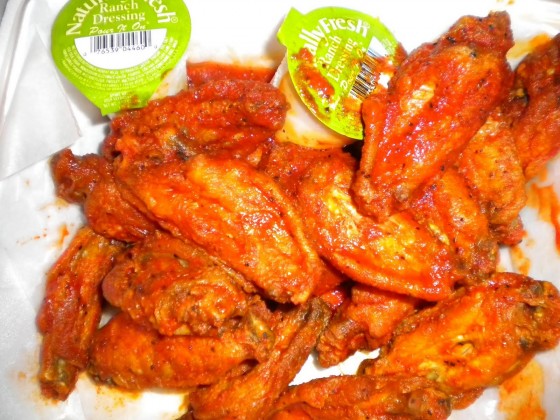 Soon to be the basis for the U.S. Dollar. From the Gold Standard, to the Poultry Standard.

Pour your oil into a large pot on the stove. Get the temperature up to about 350 degrees Fahrenheit. Season your wings with seasoned salt, or kosher salt and black pepper. Place them in the oil and fry for about 12 minutes, turning once, until they are golden brown. Remove from the oil and drain on a rack.  Don’t use paper towels, those only make your wings soggy and sometimes stick to them as they cool.  Nobody wants the wing with a maxi-pad attached.

While you’re making batch after batch of these “worth-their-weight-in-gold” delicacies, in a smaller sauce pan, add a stick of butter. (Not that margarine nonsense, but it works in a pinch) and let it melt. Once it melts, add an equal amount of your hot sauce to the butter, stirring until combined. Lower the heat and allow it to simmer while you finish cooking your wings.

Toss your wings in bowl, ladle on the hot sauce and shake to coat. You are now officially showing off your wealth this Super Bowl Sunday. Nobody likes a show off. As soon as the game ends, everybody will secretly resent you and your high-falutin’ lifestyle.

No matter what you decide to serve, or what you sacrifice in order to afford it, you need to enjoy this game. It’s the last real game of any real sport until September rolls back around.