Sports > Basketball > Go Dunk Yourself with Blake Griffin and Subway

Go Dunk Yourself with Blake Griffin and Subway

Let’s face it, brands are doing all kinds of crazy things online these days to get noticed, and go viral. To get attention, and be effective, you really have to come up with something cool, and Subway has done just that. 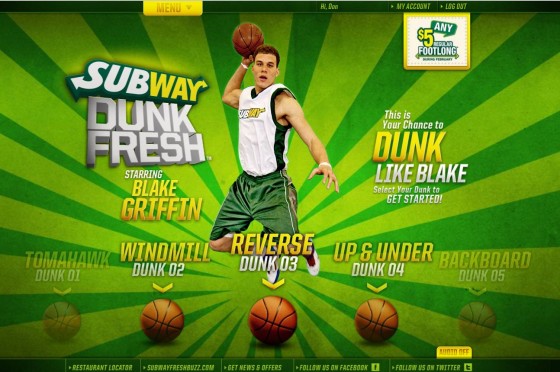 Have you ever wanted to see what you’d look like if you could dunk? If you’re like me, you haven’t really played above the rim since you broke your neighbor’s Jordan Jammer. Well now you can create a customized video of your head on Blake Griffin’s body, dunking. We’ve all seen Griffin dunk before, so just imagine that with your big head. Awesome. Like any good viral campaign, you can then share that with your friends on Facebook and Twitter, so they’ll want to make one too. Here is the official word :

Just in time for all-star weekend, SUBWAY® today launched SubwayDunkFresh.com starring Blake Griffin. The app allows you to choose from ANY of five Griffin dunks, upload your photo on Blake’s body and create a video of yourself throwing down one of his monster jams. 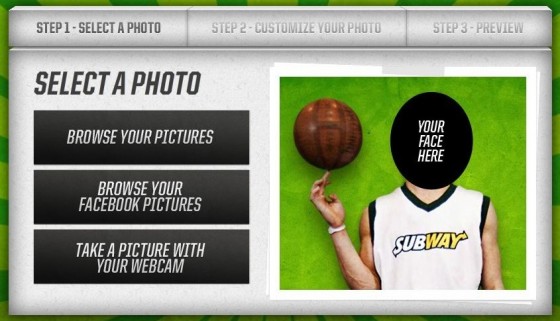