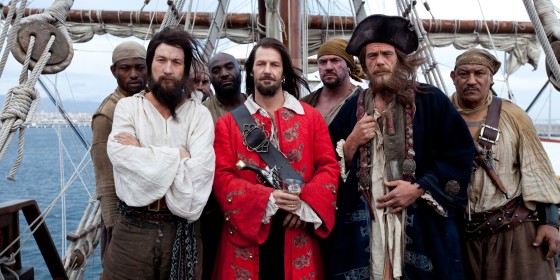 Just in time for National Rum Day, Captain Morgan has returned with the 2nd episode of his trilogy. This 2nd spot, titled “For Gold & Glory” will make its television début during Breaking Bad on Sunday, but you can get an early peek at it today.

Directed by Academy Award-nominated director Todd Field, “For Gold & Glory” picks up where the first episode, “Perfect Getaway” left off. The episode follows Morgan and his crew on their search for the cave depicted on the rescued prisoner’s back, where they believe the loot lies. In a stroke of genius, Morgan utilizes a colony of bats to lead him to the cave and, hopefully, gold and glory. Whether or not someone else is after the loot will be unveiled in 2014 when the final episode of the Trilogy, “Fire Ship,” premieres.

While we’d probably follow the story better if they just released all three parts at once, you have to admit the quality of this campaign is pretty high. It would easily be worth $10 at the box office if they produced an R-rated feature film version of Captain Morgan and his merry men. We also appreciated the subtle dig at Bacardi.

To support the première of “For Gold & Glory,” Captain Morgan just launched an official Twitter handle, @CaptainMorganUS. Fans can tag Captain Morgan and use the hashtag #chooseadventure to share their thoughts on the new episode.