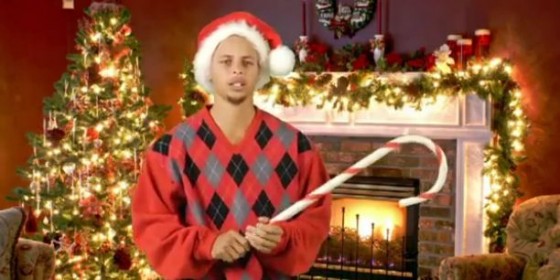 One of the more enjoyable Christmas traditions for NBA fans are the videos that teams release wishing their fans a Merry Christmas. The short videos are often cute or funny, and designed to entertain the fans while making the players look more likable. The Golden State Warriors, who have been winning over fans all season with their surprising 17-8 record, took the opportunity to sing “Jingle Bells” for their fans this year.

Comparing this year’s video to the teams 2011 Christmas card it appears that they simple reused parts of the 2011 video to make the newest version. Second year player Klay Thompson is wearing the same reindeer antlers and holding the same sheet with the words while Shephen Curry is wearing the same sweater as he did the previous year.

Adding further intrigue is this video from 2010, when Curry’s sweater appears, but on teammate Ekpe Udoh.