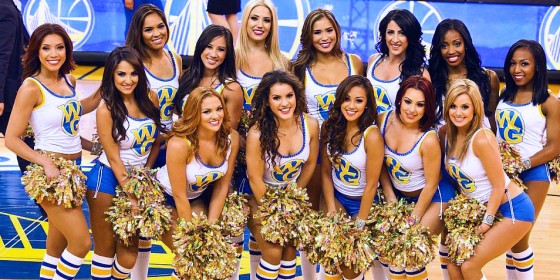 The Golden State Warriors are your 2015 NBA Champions, which means it’s time to celebrate the best way we know how, with their Dance Team. Previously called the Warrior Girls, the Golden State Warriors Dance Team is the 18 member all-female dance squad that performs in support of the Warriors during home games. Let’s take a look at the 2014-15 squad in the video below, and then some of our favorite photos from their glorious history in the gallery that follows.