How Good was Chris Osgood? 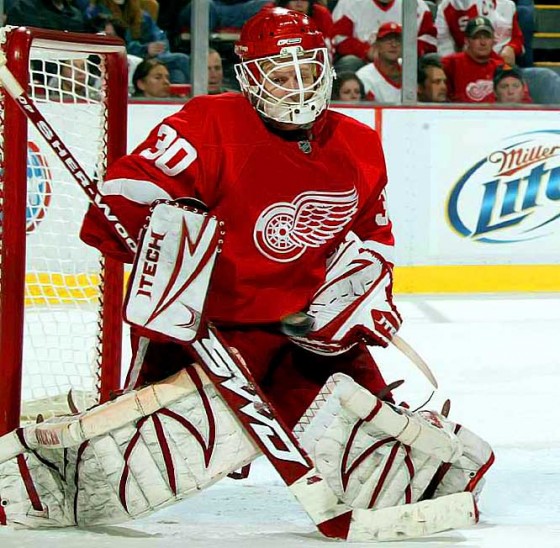 Osgood was a solid goaltender who was one of the last to wear the player helmet/cage combo as goalie masks became all the rage, he was the last of a great breed of classic goaltenders. While the Red Wings focused on beefing up their offense, Osgood was the solid net-minder between the years of 1993-2000 for arguably the best team in hockey.

He wasn’t the guy making the highlights reels every night in goal but he didn’t need to since he was only needed to do his job and he did it well. If we take an overall look at Osgood’s career, he has some very impressive numbers. His overall save percentage during his career was 0.905% and he won over 400 games in goal for three different franchises. There are only a few select goalies in the 400 win club and all of them are in the Hockey Hall of Fame.

Sadly for Osgood, the knocks on his career are unfair on some level. Since he played for a team like Detroit with all the offensive glitz and glamour, many fans and critics didn’t give Osgood the credit he deserved. When you’re goal-tending for such a great offensive team, how much work did you really need to do?

Timing was another thing for Osgood, he played in the mid-90’s with other famed goaltenders like Patrick Roy, Dominic Hasek, and many others. While the highlights were burning up with brilliants saves by Roy and Hasek, Osgood was only seen when a game was close or when he decided to dole some punishment out to Roy in a fight back in 1997.

However, what made Osgood great was his ability to rise to the occasion during Stanley Cup playoffs, specifically the year of 2008 when the Red Wings were using Hasek and Osgood in a goal-tending tandem during their playoff run. After Hasek had a poor performance in the first round against the Predators, Osgood was named the full-time starter and went onto only allow 1.55 GAA during the rest of the playoffs as the Red Wings hoisted their eleventh Stanley Cup.

Chris Osgood had a career that many goaltenders dream of and he should be an eventual hall-of-famer just based on his numbers alone.