Nothing Good Ever Happens : Review 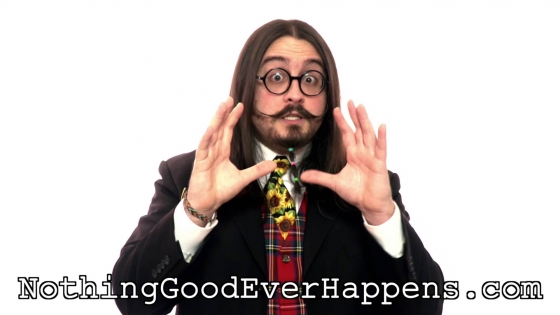 Do you take your incredibly depressing movies blended with a subtle tinge of humor? Do you want to sit back and check out a movie that just might make you feel better because you’re watching a dude literally slowly come apart at his seams, but maybe chuckle a bit, too? Then the newest film from prolific low-budget movie maker, Henrique Couto is right up your alley 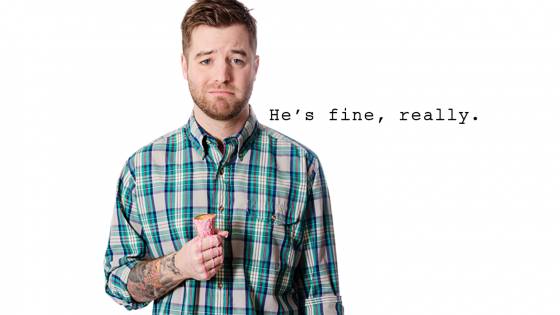 In Nothing Good Ever Happens, Neil (Josh Miller) has just about the worst day of his life as he loses his girlfriend of six years, Amanda (the always stunning Erin R. Ryan), accidentally chokes back a shot of bleach, and must face court-ordered therapy because he “didn’t” try to kill himself. Couto makes us instantly feel for this poor, artistic schlub and takes us along for a ride through his own forms of failed healing.

After the first day, through a series of flashbacks and flash-forwards, we realize just how in love Neil and Amanda supposedly were. Well, at least Neil, at any rate. We see Amanda happy, but at some point, it becomes obvious that it was fleeting, especially during a very intimate sexual moment where she seems genuinely orgasmic (literally), but as Neil pokes his head out of the covers, she says, “Oh, good. I was hoping it was you.” Alright. That seems like a really weird thing to say. Soon you find out she had been cheating on Neil… with another woman (Marylee Osborne). Yeah. Oddly, that same woman quickly becomes Neil’s friend. Like I said: bizarre healing.

Neil’s court-appointed shrink (Chandra McCracken) is as useless as she is goofy. She’s funny in a way we all think psychiatrists ought to be: slightly belittling, about as off target as a doc can get, and weirdly cute as a button and quite obviously falling for her client. In an opposing role, Neil’s friend and joke target is Dave (Bradley Diehl). He tries hard to work Neil through his troubles. In fact, because of his delivery of some kind of “alcohol” to help his buddy cope (in a bleach container), Neil “doesn’t” try to kill himself. Accidentally. Oh, and on that subject, Neil’s other friends (Steve and Wayne) are super condescending douche bags who are obviously jealous of their friend’s independence and self-made artist career. Seriously. Douche bags supreme.

And then we have Neil’s dad. I say dad and not ‘father’ because a lot is made over the fact that he hasn’t seen his dad in 11 years. From the first call (his dad thinks Neil tried to kill himself, too), Neil wanted nothing to do with him and basically told him to kick rocks. But then he calls him back, and things seem to start to heal itself. In fact, once his dad arrives to visit Neil, the scene in which the two begin to really reconnect, the tenderness and love is absolutely palpable. It is a scene you won’t soon forget, especially if you, too have a father who is, well, distant. But hey, folks, there’s a reason why this movie is titled the way it is.

Al Snow as Otis makes his awesome appearance toward the end as Neil’s dad’s old friend. Sure, he used to be a wrestler, but let me tell you this guy brings the humor. A lot of the humor. In fact, so much so, it lightens up the sorrow quite a bit after some truly heartfelt emotions. Also, those of you familiar with the crew at Cinema Wasteland, will immediately recognize A. Ghastlee Ghoul (Bob Hinton) in a role he was, frankly, born for. You will laugh. If not, well, I’m sorry.

Though there is a nice, tidy happy ending, it does nothing to take away from the movie as a whole where we really do realize that not much good ever happens to this poor dude, until it does. When it does, we realize right along with him that he was missing great things that seemed to get buried in the mire of other shit that they’d almost become too hard to see. Neil is a good guy with far more going for him than he realizes. Sometimes good things do happen when you least expect them. 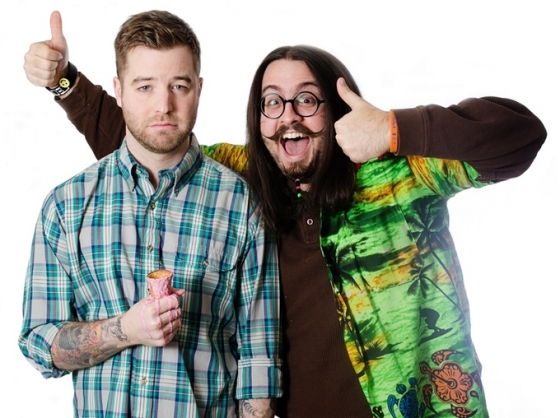 We give this goofy tear-jerker (and I mean that in the best possible way) 4.5 Stars out of 5. Give it a chance, you’ll be very glad you did. Nothing Good Ever Happens opens in very select theaters on December 9th.